Hello! I’m Rhea Kapur (Pingry '21), this is Emma Huang (Pingry '21), and this is Alison Lee (Pingry '20). We are here today representing Pingry Girl Code, a girls' coding club that strives to inspire girls in our community to pursue computer science and STEM. Throughout the day, we’ve heard people commenting on how we as high schoolers started early in our interest in computer science. We decided we wanted to give girls the opportunity to start even earlier; as we present in this our submission.

We wanted to have high school ‘girl-coders’ mentor elementary and middle school kids in computer science and foster their interest in the field so that they feel inspired to become entrepreneurs and programmers.

We decided to make an app called Software Sisters that connects elementary and middle schools with local high school girl coders that are eager to volunteer their time to teach the next generation of girl coders!

We also spent the day updating and building our club website! We added documentation on everything we have done this year and we created an About Us page!

Allows users to create accounts, either as an elementary/middle school admin or a ~software sister~. From there, admins can search for software sisters (a.k.a high school girls who rock CS!) and invite them to perform workshops at their school in whatever language the girls have specified they are expert in.

We used the Linode API & Server in interaction with MongoDB to store our data - name, email, age, location, languagesKnown, etc. Then, we learned Swift and started using XCode to build the UI framework of our app, which we are still working on.

Setting up the Linode API and MongoDB took quite a while, as we ran into many small issues. Then, we tried to use the MongoSwift driver to facilitate the Mongo interaction with Swift, which was really difficult - we still can't figure out how to add the MongoSwift library to our list of dependencies in Swift. Also, we are not very familiar with iOS dev in general, so we are still figuring out to animate our user framework and add in a search bar and profile page.

Learning how MongoDB works, how a server interacts with a database, and how to run Linux on Mac was super cool. Also, just learning Swift and the basics of iOS app dev was also really rewarding and exciting.

We learned so much about where to go when we run into problems, and we found that talking to the experts in the field (the mentors!) was really helpful. We also mentioned some more things above.

What's next for Software Sisters

In the future, we will fix the search bar and Mongo-Swift interaction problem. We would also like to have a within-radius search for lower schools to find close-by high schoolers. In addition, we would like to have a feature where each student’s profile has reviews from lower schools they’ve taught at. With more enhancements, this could become a cornerstone of CS education starting right from elementary school, and it could make a difference in encouraging more women to go into the fields of computer science and recognize the importance of mentorship, especially for women in STEM. 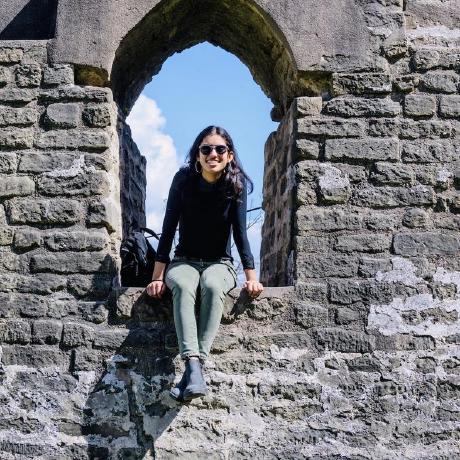