Mental health has an incredible impact on both our daily lives and our general sense of well-being. However, in many instances, we tend to forget to take care of ourselves and allow stress to build up. In order to increase mindfulness of our own emotions, we decided to create SnapFeels, an app to help users journal their state of mind.

SnapFeels allows users to take a picture (selfie) that represents their current state of emotions. It then organizes and visualizes the data in a stacked bar chart and line graph to represent your emotions and how they have changed over time.

The app is built on the ionic framework and primarily uses the azure emotion recognition API to parse emotions out of selfies. The framework allowed for integration to a multiple number of user interface elements, data visualization, and back-end options.

A large challenge we ran into was sending the captured image to Azure's emotion API. This task took the most amount of time to accomplish and multiple approaches were used to finally get the image to upload correctly.

In addition to getting the images uploading correctly to the API, the overall UI design and polish on the app is something that we are very proud of.

We learned how to combine a multitude of different API's and interfaces together utilizing a variety of languages that some of us were very unfamiliar with. We also improved our ability as a team to split and manage different tasks in order to build the app much more efficiently in a short time.

Utilizing the data recorded in SnapFeels, we could potentially provide resources to individuals who show consistent negative emotions. These recommendations could also be tailored to the individual using machine learning algorithms. 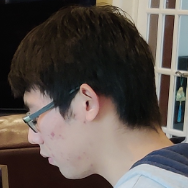