This idea took shape after having seen the workshop for Google Cloud where the Vision API was previewed. Time and time again, people run into trouble with trying to capture a good group selfie where someone in the frame is not ready. We set out to solve that problem.

This app uses the built-in front-facing camera to take selfies and back camera for group photos. By using the Google Vision API, this app knows when to take photos by checking to see if everyone in the frame is happy.

The app consists of two components: the android app and the web service hosted on Google App Engine. A photo is taken using the Android app from an Android phone, and then data is sent to the Google Cloud API to detect the optimal point where everyone in the group photo is smiling.

There were issues with deployment to the app engine as well as properly formatting the image data to send to the Google Vision API. Additionally, we had trouble with Android Camera API crashing!

We're proud of having working detection and having learned so much during the hackathon!

We learned a lot about using Flask, the Android Camera API, and gained a deeper understanding of Google Cloud APIs (in particular Google Vision).

What's next for Smile!

We see two main improvements for this app: 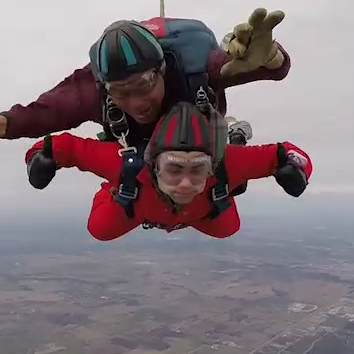