These days, it's very common to find women hypersexualized by the majority of video games. With unrealistic body proportions and the rendering of inactive female characters as a pawn to move the plot along, the gaming industry often paints women as a token of reward for the male lead character, who as the "hero," swoops in and saves the day. As female gamers ourselves, our team felt extremely marginalized by those depictions, and were determined to produce a game that defied the typical patriarchal structure of a RPG.

We are proud to present "Smash That Glass," a fun play on words for the metaphor often representative of the seemingly invisible barriers that prevent women from climbing the corporate ladder in a corporation. Smash That Glass gamifies the concept of women empowerment by allowing women to use heels to attack negative comments being thrown at them, such as "You aren't good enough," or "Just stay in the kitchen." By pushing past these negative comments, the score meter (an in-game wage calculator symbolic of the wage gap) boosts up, allowing the character to increase her salary, and eventually break through a glass ceiling to advance to the next level of the game.

Since only one member of our team was familiar with the scripting language of GML, we encountered tough times familiarizing ourselves with the syntax of the programming language. We attempted to recreate functionalities in the app through JavaScript, and also utilized a variety of art and design software platforms to achieve our desired graphics for the best gameplay experience.

One feature we are really proud of is our diversity in character choice. Unlike industry-standard video games where female characters are often skinny and overwhelmingly Caucasian, we offered options in the forms of realistic looking women-- females of different body types, skin colors, and physical features. We also exercised creativity in our overall design of the game-- by drawing a tangent to many products women use in their daily lives, as well as prominent challenges women face in their everyday lives.

A feature we'd like to integrate in the future would be the inclusion of power-ups, such as calling on other women to boost each other up. Unfortunately, given a time restriction of less than 24 hours, we were only able to incorporate the more basic functions of the game. Thankfully, we believe our game prototype captured the essence of our enthusiasm for our cause, and we hope that we can bridge the gap between gender equity and bring awareness to gender disparity at AthenaHacks. Happy Hacking! 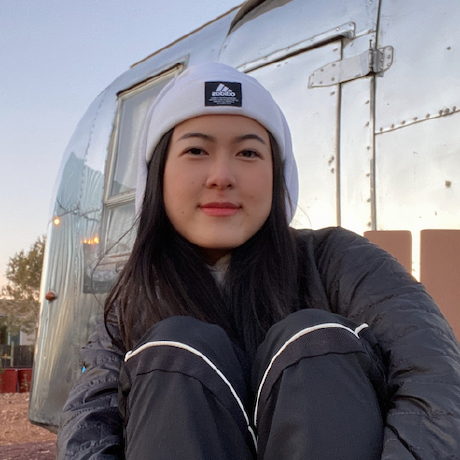