Smartopia is a virtual reality experience which puts you in the mayor's chair of managing a smart city by augmenting realistic man-machine interactions of the future. With billions of sensors and computers in the smart city alerting you every moment about the different happenings in a city, a lot of burden can be reduced by controlling the city from one place.

The idea is The technologies used in Ready Player One can have smartopian consequences ;)

Defend a cyber-physical attack on a water-treatment plant. Monitor the National Day Parade and ensure everything runs smoothly. Call the Police on the drag racers through 360 cams. Empathise with the pilots in the cockpit in Changi Airport. Get inspired with smart city plans of other cities such as NYC. Teleoperate a drone to monitor haze. It is _ purposely _ designed to be a VR experience rather than a full-blown interactive game. We wanted to respect the time constraints of a 24-hour hackathon and stay true to the theme. An experience is how we felt we could encourage most empathy from the viewer.

Our inspiration stemmed from the belief that we really love Singapore even though Mai and I are a PR and foreigner respectively. We recognize that Singapore is already on the way to become a Smart Nation (and is one in many aspects).

We built it with a lot of sweat and care and lots of help from our friends on the internet who believe in Creative Commons like we do. Our team name has the word "Free" in it in the same spirit.

Raycasts in VR, hands down. Nothing else comes close.

Completing almost everything that we set out to do. Sleep was the last of our concerns. We have been able to create a VR experience with both 3D models as well as real-life 360 videos. Covering 8 different scenarios in 24 hours wasn't trivial. I'm really proud of the work we have done.

That a hackathon is like the cycle of civilizations. Good times create weak people. Weak people create bad times. Bad times create strong people. Strong people create Good times. WTH found a way to plunge me into doubt again and again within thirty minutes of feeling that I achieved something. Grinding each problem with this realization is the single-most important thing I learned. Technically, almost everything about Unity that I know today, I know from these 24 hours. We went all-guns-blazing with the sceneries and 360 videos we could add, and we did. Finding the balance of quality and performance between low poly textures as well as hi-resolution ones. The idea that VR games can be designed so quickly these days. Mai learned a great bit about graphics design.

What's next for To be added

It's a huge project. Scenarios ranging from how VR can help in National Service. We are glad that the Virtual Singapore initiative is trying to cover a part of it.

Teamname - Free Solo commemorates the release of the real-life feature NatGeo documentary film by the same name which releases on the same day as this hackathon. Alex Honnold had the riskiest and the biggest achievement in the climbing community by scaling El Capitan in Yosemite without a rope under three hours. In a similar fashion, I tried to attempt building a complete game as a mostly solo achievement with my teammate Mai taking care of the ground-level details in under 24 hours.

Feel free to check out our VR experience video that is linked below. 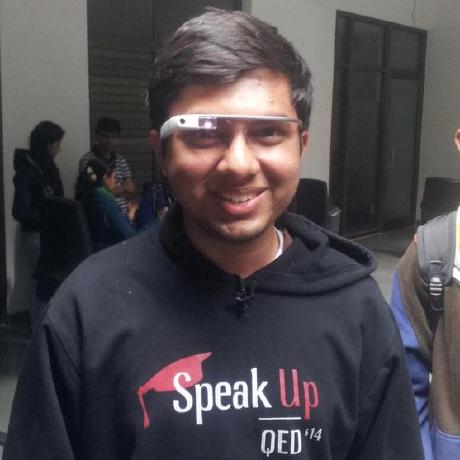 Link to our presentation slides - https://www.haikudeck.com/smartopia-uncategorized-presentation-35bb9834cf

Event Organization - I'll convey my thanks to the organizers who managed the event impeccably. Everything from food to demo setups to communication was well taken care of. This is quite remarkable for a bunch of college students who ensured to keep everyone happy! Some even cared to bring Red Bulls and snacks to us to our hacking stations in the wee hours of the night/morning so we didn't go hungry. Kudos to the SUTD WTH Organizing Team!

Swag - It was limited and restricted to the first few people who showed up. As a solo participant busy with completing my project, I definitely didn't have the luxury of time to go grab those extremely limited T-shirts (while competing again with other people). It was a free event which was otherwise exceptionally organized so this is just a minor nitpick :)

Judging - Here's where I had my gripe in the hackathon since everything was smooth till this point. The judging time was 5 minutes which was too little for the work we did in 24 hours. A project of a huge scale like Smartopia requires at least 6-7 minutes for the VR experience alone. A pitch adds 2-3 minutes. 10 minutes should have been ideal. Smartopia's presentation was cut short mid-sentence in 5 minutes and the judges saw only one of the eight scenarios (which gives less than a 5% idea of what we've built and doesn't respect the effort put in at all). That's like reviewing a feature film based on the first ten minutes or a AAA game from the intro cut-scene. Consequently, Smartopia didn't win. Since each team got 5 minutes each, it's equally unfair ;)

I could see that they loved the idea but they seemed to be in such a hurry that they didn't experience this or any other project in actual Virtual Reality. For me, winning was secondary, all I wanted was for them to see my completely functional VR experience the way I intended to, which they didn't.

Everyone who did experience Smartopia after the hackathon said it's absolutely cool and that it's unbelievable for such a huge project to be completed alone in 24 hours! I'm not bitter or anything from the results, this is just an observation and a note to self for future such events.

Demo and Setup Ambience - A hackathon, by definition, is a sprint-like event which requires a working prototype by the end. The focus is on collaboration and sharing, not competition. Unfortunately, even though SUTD WTH supported the spirit of Free Software and sharing, it ended up being just another competition where winning was pitched as the be-all-and-end-all. I'll say the same for the rest of the teams and visitors roaming around our demos. Either they were shy, or they were disinterested in watching other people's VR demos. By the end of the hackathon, a total of 3 people saw what I had built (just one organizer out of them). This culture definitely needs to change into one of collaboration and sharing what one has built. I remember being a part of MIT Media Lab's week-long Design Workshop and at the end of it all there was a demo day where no prizes were given out. Visiting each stall was actively encouraged. I'm not against prizes, I'm just saying there should be more people visiting what we had all built. Despite an amazing carnival-like setup with huge screens and top-of-the-line VR headsets, it didn't end up being a carnival as such a unique hackathon could have been. I would have loved a fun-filled lively atmosphere where everyone was showing everyone what they had built.

Hackathon Experience - Enough gripes, the hackathon was a blast! I absolutely enjoyed the 24 hours of actual hacking. I had planned for this to be a solo project as a personal challenge (which I successfully completed!). Mai joined in within the first hour but had to leave a couple of hours later before returning next morning. I happily accepted her in the team because she had the courage to show up at a hackathon to learn something new as a 20-year old without much idea of how Game Development or programming works. I love that spirit and that's what hackathons are about. She did help with certain game sounds and music since that was challenging enough for her and fast enough for me to teach without sacrificing my hacking time :)

Since I was confident to do all of this on my own, I didn't mind her limited availability at all. I entered monk-mode and started designing. No caffeine, no sugarfree taurine, no junk food. Just plain old water and the healthy food that organizers had provided (I'm really happy with their choice of menu and their attention to people's dietary restrictions). There were quite a few times when Smartopia seemed to have completely stuck or slowed down. DontDestroyOnLoad saved my life. If I was stuck with controlling the drone, I would work on 360 videos. If the raycasts weren't working, I would write scene management code. When nothing was working, I made notes for this devpost and our pitch :P Overall, a very productive 24 hours sprint which you can see from the video linked with this article. All this solo game design in Unity actually made me feel like Unity, the hivemind from Rick and Morty.

To wrap up, I'll say that I'm glad to be a part of this SUTD WTH. Minor issues with the design of judging aside, I learned a lot and hacked a lot and had fun! I definitely got a huge confidence boost by participating solo and successfully completing what I had planned to build.

To those who actually reached this point in this post, you might be going places in life or going nowhere. There's no in-betweens after you read such a long post ;)

Grok on, don't forget to be awesome, keep hacking!