At the end of January, our school hosted a speaker who was combatting the human trafficking occurring worldwide, and helped shutdown numerous centers worldwide. During the speech, he continued on stressing on how the best minds need to place others before themselves, and make a product that will make people safe. A group of friends met and discussed the speech, and what impact we could make. We concluded that if we could increase public safety in our home towns, that would be optimal. We decided to make an app that would innovate on the current public safety systems we have today, by allowing for increased awareness for EMTs and 911 operators, through pictures and such. Our target audience is all people in the United States, and maybe, the world, who have access to a cellphone. We are extremely proud of our ability to stream a live feed of location, which allows for faster EMT awareness, and our revolutionary picture messaging, which allows for unprecedented awareness for the EMTs and operators. 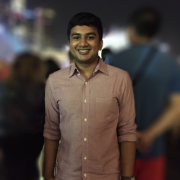