One of our group members has Raynaud's disease, and has finger and hand pain whenever writing in the cold. He wanted a smart, customizable, and portable solution that went beyond passive heat retention and could reflect the needs of the individual as well as adapt to his changing hand heat.

Using the app we created for your phone, our project allows the 5% of the US population affected by Raynaud’s Syndrome to keep their extremities warm. Using a portable device that can be fitted to gloves and socks, we allow users to set the temperature they wish to attain and maintain in order to lessen the painful impacts caused by Reynaud’s syndrome.

This goes beyond normal insulated or heated gloves. Not only does this work better for treatment, being able to heat to a preferred temperature, but the product operates within an entirely different scope as well: prevention. Due to temperature sensing, the glove can turn on or alert the user _ before _ a Raynaud's attack, before the user notices gradual changes in their body heat.

The heating component of our device is a simple circuit which generates heat by allowing current to flow through carbon tape. This circuit features a light to indicate that the warmth is flowing, as well as a fail safe device that cuts electricity if over 45 degrees Celsius. We programmed an ESP8266 using the Arduino IDE and the ESP8266Wifi library to act as an access point for our app to connect. The app, built in MIT App Inventor, allows the ESP to be in 3 modes: Off, On, or Auto. Using a thermal sensor on the glove, we allow the user to wirelessly choose a temperature (in Celsius) that the glove warms to and maintains.

One of the biggest issues we ran into was flashing our ESP8266, as initially it was not detecting on the Arduino IDE and therefore we could not upload any code. We also ran into issues connecting the circuit to the carbon tape, as without proper contact it does not heat properly. Analyzing the circuit for the effective currents through the tape proved difficult, but was resolved with trial and error. Also, we went through numerous iterations for our App choice, initially starting with Android Studio before deciding to move forward with MIT App Inventor. One thing we never solved was the ability to send data from the ESP to the App, in order to show a graph of temperatures across usage.

While most of us on the team had experience using Arduino before this hackathon, we had no experience using Arduino-based IoT Technology. The idea that we created our own server based off of this chip, and used it to communicate between our phone and a physical circuit is an impressive step towards complex multi-node IoT systems. Surprisingly, the ability to utilize MIT App Inventor was something we struggled with and were happy turned out well. App Inventor certainly made the front end much easier to create, but being restricted to logic flow using draggable code blocks proved to be a challenge when attempting to create the backend logic that allows us to set and maintain temperatures. Trial and error along with the ability to compromise according to constrained time and resources ultimately allowed us to produce a functional prototype that can be further refined into a practical device.

One lesson we learned is keeping our workspace clean. This lesson only came after we burnt a power strip, and part of a laptop charger. Also, we learned we should communicate better as there were points team members were doing nothing, while others were busy stressing over their parts. And at T-5 hours from submitting, we learned to isolate our power sources, as we could have avoided probably 4 hours of head-ache by using two instead of one. Overall, however, we learned a lot about combining physical and software components and workloads to create a full product.

What's next for Smart Heated Gloves

There is a lot we could stand to improve with our design. It is very evident that it is a prototype, whether it is the use of a breadboard in our circuit, or the use of sewing to secure the heating tape. Using LiPo batteries, a custom PCB, and integrated components would greatly increase the portability of our project. Also, we could use more data analysis in our app, in order to track remaining battery as well as any data on the user's Raynaud’s syndrome that could be used to help diagnose potential issues. 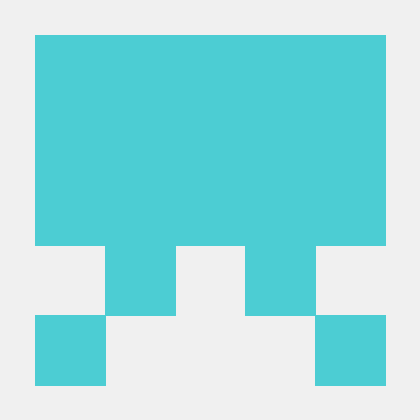