This project has two parts. The first part is a hardware implementation of buttons that can be attached to any smartphone with a device as simple as a clothes peg. This makes it easier to use your phone as a remote controller, just as you wold use a game-pad on a keyboard, but with all the advantages that a smartphone can bring as a gaming platform. The second part of the project is a little multiplayer game to test our buttons with. It consists of up to 4 penguins that race by slipping on ice.

We built the buttons using the sillicon membrane of an old keyboard, wire, stylus tips, clothes pegs springs and lots, lots of patience. The game was made in C++ using the SFML libraries. Graphics were made in Gimp.

We are proud that we succeeded arriving to Bremen, that we are still alive after 3 days of no sleep, and that our game works, more or less. At least it hasn't segfaults.

We learned that the power of love is not enough to implement physics. They lie to us! :( So we had to learn how to implement collisions, gravity, friction, jumps... etc. We also learned how to structure a game that involves various scenes, like a cover, a menu, and various kind of levels. We also learned about the probability distribution when throwing a sticker randomly into the air and let it fall on your laptop. It was great. 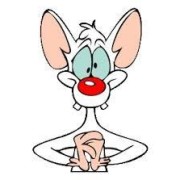