Our another game named Monkey King. In that game, there is a baby wearing a mask, called Gardila. In Sleeping Gardila, We would like to bring you to experience his world and heart, even the fight and his emotion when he face up to death with VR glasses.

Sleeping Gardila has been invited to take part in TGS 2015 Indie Area, while also winning great acclaim from players and media. And this game achieved top 3 in PlayStation game developer contest which organized by Sony, and it have make us become Sony’s cooperation partner.

In this game, we used more stylized 3D scene. Player will control character with fixed first-person view. As protagonist, Gardila can base the same action on the operation of player who is wearing VR Glasses to control the scene and lock destination. In PCVR version, player could use two-hand control device to fight with different enemies.

we created original panoramic level design to guide player in different stages. Planiform scene will turn into locale, just like you experience it by yourself.

VR game design is different from traditional game design. Because the visual field has becomed more bigger substantially. So we have to find or create a brand new level design way.

We designed a special static focus interaction for VR Glasses in order to simulate the feeling that when a person observes a object with his eyes in reality, and has reinforced the effect for game. When player boserves a interactive object, the interaction system will start-up automatically. You will find the pleasure of just “seeing the object”.

Friends who have the same game dream! The attitude when we face up to difficulty! And our determination to do game unceasingly! 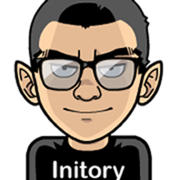