I read this paper and it really concerned me. We're wasting tons of electricity on servers and it's a significant portion of our carbon footprint. https://eta.lbl.gov/publications/united-states-data-center-energy-usag

It is estimated that data centers in the U.S. consumed a total of 70 billion kWh in 2014, accounting for about 1.8 percent of total U.S. electricity consumption. This electricity usage represents about $8 Billion a year in costs, with this number only going up as the demand for web services and other industries that rely on server infrastructure increases. Studies have shown that the average server in a data center operates at only 12-18% capacity. This means that the majority of energy being used to power the server is doing so while the server is doing little to no processing. The amount of wasted electricity in 2014, represented by this lack of efficiency, would be enough to power all the households in New York City for two full years. While there have been efforts to build more efficient data centers by large hosting companies, the majority of the servers in U.S. data centers remain largely unoptimized. 95% of the servers are run by small, medium, and corporate level hosts.

Sleepi Pi simulates using a raspberry pi to put servers to sleep and wake them up when they are needed.

Getting an animated graph, so the number of requests could change at the same time that they were being "processed" in our simulation.

All the lights turn on when we want them to!

Got some great practice with using libraries in python for the first time! Also learned how to use GPIO pins on the raspberry pi.

What's next for Sleepi Pi 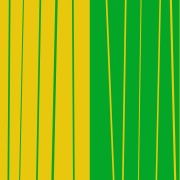