Healthy living is formed through healthy habits. As a team, we decided to make an easy-to-read display for production as a nightstand/kitchen/desk device.

The display interface is a custom view of Fitbit activity, sleep data, weather, Nutritionix data, and activity scores of friends. The sleep display indicates a predicted value of sleep and time in bed, so show how much a user will most likely sleep during the next night. This can be used as encouragement to beat / match the expected time for sleep.

The interface is designed in NodeJS. Regressions are run in Python.

Initially, the data from Fitbit was intended to be integrated with Amazon Alexa reminders to notify a user when to sleep. However, we realized that Alexa's newest addition of "notifications" only applies to its open-source Voice Service kit, and not Amazon's Alexa hardware.

Finally discovered how to run a two-step regression in R to predict future time spent asleep and in bed.

Learning how to use Fitbit's API. Learned how to run regressions with Python's Scikit-learn (previous experience exclusively in R.)

Ideally, HealthDash can be expanded to take in more Fitbit data and use multivariate LSTM for very accurate sleep predictions with respect to daily physical activity and recent caloric intake. The goal of HealthDash was to:

1). Analyze a user's Fitbit sleep data with univariate LSRM in Python 2). Predict time to sleep and wake, based on trends 3). Intelligently notify the user of their expected time to sleep and how to improve this by sleeping sooner. 4). Aid in communicating with a healthcare professional, allowing for a portfolio of historical nutritional, fitness and sleep data. Even further in the future, Activity data will be integrated to show more detailed suggestions on when to sleep based on a user's daily activity (steps, exercise, etc.). 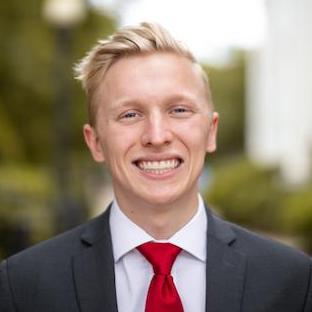