When CSS elements are blocked it is because they are defined with a common class tag that the adblocker already knows. The adblocker finds the CSS elements with these tags and hides them. Sledge will assign ads a uniquely generated CSS class tag to prevent matching with the adblocker's common tag database, and thus preventing the blocker from hiding the ads.

Adblockers also hide ads by image size. There are some common images sizes used by advertisements, where the ad is simply a picture being loaded onto the page. When the adblocker recognizes an image on a webpage to be one of these common sizes it will hide that element. Sledge works around this method of the adblocker by loading data into iframes, not as images. Since the adblocker doesn't look for iframes of a certain size it will skip over and not hide Sledge's advertisements.

As for the blocking of communications, adblockers have filter tables filled with common domains from which advertisements are requested. Before a web page loads the adblocker looks through the source code and compares links in the code to its filter table, and if there is a match between a link domain and some entry in the filter table, then the communications to that domain are blocked and that ad doesn't load. To combat this, Sledge routes requests through the host's DNS to our own server, and our own server responds with a script with a unique subdomain. This unique subdomain won't be recognized by the blocker because it won't match to any existing record in its filter table, and therefore communications to the ad host will not be blocked.

Originally we were planning to test Sledge with Google's AdSense. However, before we can actually see the ads we put on a webpage we have to get approved by Google to use the service. Since we don't have the time to wait around for approval we simply constructed our own advertisement agency to generate our own ads (which are fake, of course, but serve as a proof of concept).

What's next for Sledge

Since so many businesses fall victim to revenue loss due to adblockers, we may be able to sell Sledge to one of those businesses so more people will see their ads, and they can make their revenue back. 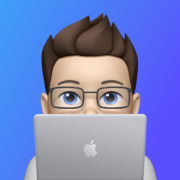