SkyJack is a tactical VR sidescroller about hijacking an airship, where a combination of tactical planning, hand-eye coordination, and thinking on your feet will make all the difference between being the new captain, or being thrown overboard!

The game mechanics are simple, you move about through the level using a controller and using your head to look around and aim.

There are several puzzles littered around the ship; In this level we have locked doors and a safe to crack open, but we have plenty more lined up.

Wait, a VR sidescrolling VR game? We didn't think it would work either, but it does. Skyjack was originally a first person flight-sim about hijacking an airship with a drone. After receiving the GearVR and looking at the performance budget, we realized that it needed to change the visual scope. At the same time, taking queues from playing Herobound for the first time, we realized that VR can be just as compelling with a distant 3rd person camera as a first person one. One of the things we noticed with Herobound however is that as a top-down game, the camera obviously needs to point down. The only problem is, that camera is also attached to your neck, and even with relatively short gameplay times (compared to normal PC games) my neck was getting a bit strained after a play session. So we wanted to present a game in a medium where you could look forward as the optimal gameplay angle - perfect for a sidescroller!

As you can see in the video, the headlook actually provides an advantage in that you can see further down corridors that you might normally be able to on a PC game, while still keeping your character in full view. We think this is a novel way to use the VR interface for a traditionally 2D genre.

In addition we spent a lot of time optimizing performance, we have dynamic lights in our game with none of the overhead of traditional point lights, so we can use them for gameplay mechanics with smooth frames :)

SkyJack is designed for short play sessions. Comparing it to other well known games: It's like a combination of Hotline Miami and Gunpoint, in a Steampunk universe, in VR.

As a SkyPirate named Jack, or Jackie (see what we did there?) you move from room to room below the decks of a massive imperial airship, after sneaking on board. Your goal is different for each level, but in the one we're showing off, you need to loot the safe in the Captain's quarters.

However the imperial soldiers aren't just going to stand idly by! If you fail, you'll quickly start back at your entry point in a new round, no loading screens to break you out of your groove. It's part of the fun to figure out the best way to clear each room and so satisfying when you pull it off perfectly.

The current build is a vertical slice to showcase the potential of what SkyJack could be on the GearVR. The art was done pretty quickly and isn't representative of a final look. We're both programmers but we've been able to do some pretty cool things with Qubicle, the voxel tool we use, and we're looking forward to giving SkyJack the full art treatment :)

Gameplay is pretty fun now, but there's only one level, one enemy type, and you only have one weapon. For a game like this to really shine, it needs more of all three. And we want to bring all of this, and maybe even some multiplayer, as a full game on the GearVR, in the near future. 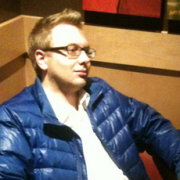