Several years ago, I became friends with someone who was deaf. Seeing him have the ability to drive in a car and be completely independent inspired me. The difficulty of driving a car with only visual cues makes driving that much harder for the deaf community, and I wanted to make something that could help level the playing field on the road for them!

This device listens for high audio levels and notifies the individual when the audio level threshold is exceeded. The notification system is two parts: a text message is sent to the user's phone, and flashing LED's turn on.

I used a microphone sound sensor module for sound detection. I then wired the module into an analog input of an Arduino Uno. I wrote Arduino code that sent a UART (a serial communication protocol) signal to my laptop, where I had a Python script listening in on the same UART baud rate. This Python code then sends a text message to my phone (via a Twilio Python library).

I didn't realize the microphone sound sensor module I bought doesn't work for detecting sound frequencies (rather than just loudness), so I tried to make an amplifier circuit that utilized a generic condenser microphone from the hardware lab. Unfortunately, the only condenser microphone in the lab broke, and I wasn't able to finish the circuit in time.

I have a working proof of concept!

I learned how to utilize a Twilio library for Python! I also learned about the underlying technologies of audio amplifiers, despite me not able to finish the amplifier circuit.

What's next for Siren Detector

I would love to get a higher quality microphone and use a digital signal processor (such as a dsPIC33) to filter out specific frequencies. I would also like to train a machine learning model that could distinguish between various noises (sirens, car honks, dogs barking, etc.) and thereby send different notifications to the user based on the sound profile. Having a device to hook up to the steering wheel that notifies the user through vibration would also be helpful. 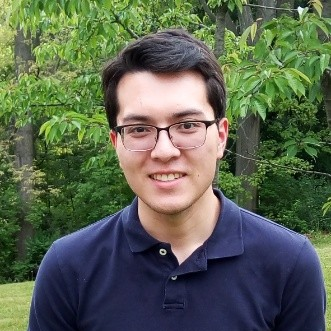