Bubble tea is no longer a choice between a milk tea or fruit tea. Thousands of combinations exist, from the type of tea, toppings and the type of milk. Overwhelmed by the sheer amount of choices we have for bubble tea in Toronto, we felt inspired to create an application that could simplify our search for our bubble tea of choice.

It helps the user find bubble tea shops based on geolocation and allows to view menus before you head over to the shop. It also allows store owners to partner with the application and allow their customers to place mobile orders.

Initial concepts were generated using Adobe Illustrator and later was implemented into the form of the application. It was built using Node.js for the back end and React for the front end. Google Firebase was used for handling the database and cloud functions. Google Maps API was used to generate a map with markers of bubble tea shops near the user. Material UI was used to stylize and create components for the application.

One of our initial challenge was connecting Google Firebase to React, and collecting information from queries. The majority of our issues that we ran into were stylistic problems that arose from trying to convert the concept images to a satisfactory application.

For the back end, we learned how to use Google Firebase to store our data and retrieve data from the database. We were also able to reinforce our knowledge of Node.js, React.js, and Material UI.

We learned how to store, utilize, and manipulate data within a database for the use in an application. We also learned how to read and utilize APIs such as the Google Maps API.

First, we would like develop fully functional iOS and Android apps as well as complete our current web application. Next, we would like to partner with bubble tea shops throughout Toronto and possibly expand into the Greater Toronto Area (GTA). 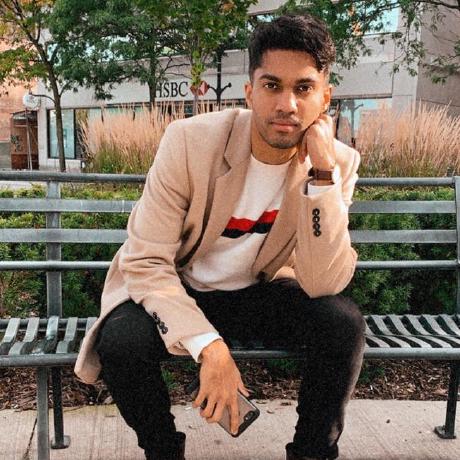