I have been interested in the Blockchain space for long (you can read my articles either on my blog - cryptowhaler.github.io or on Medium - medium.com/@cryptowhaler ) but was initially more inclined towards its use-cases within the institutional financial space. However, now i am of the opinion that the emerging crypto assets market is a much better place to innovate, will grow much faster, and is most probably the only place where you can create monetary structures which can help make space exploratory missions a profitable undertaking.

SIGH Finance is essentially a money market protocol, with certain differences & optimizations when compared to Compound / Aave, briefly listed below -

Sigh Finance is essentially being designed in a manner which can bring in more institutional capital into this nascent space, addresses the current high volatility issue, and the underlying incentive mechanisms will further allow it to stay relevant in the rapidly evolving DeFi space for a much longer duration.

Note - Will try to add tokenized baskets and AI modelling techniques within the timeframe, but if not then it will be added later.

Actually me along with my family got infected with Covid, so that's been a real blocker and have slowed down the progress.

I knew the technical stuff regarding Ethereum / smart contracts etc, but was not much aware about the innovations happening in this space (AMMs, liquidity mining etc). This covid period gave me a chance to delve a bit deeper into it and now i am about to make a full blown career change. I inherently believe that DeFi, while being a revolution led by the underlying blockchain infrastructure, will essentially be taken forward by the innovations in quantitative modelling techniques (AMMs are a quantitative breakthrough, not a technical brakthrough, which are now being improved upon by Dodo protocol) and will contribute to the study of econometrics and related theories. The long-term approach around developing SIGH Finance essentially revolves around trying to create new quantitative modelling techniques by using A.I which can help the protocol perform to its most optimum, the learnings from which will help further improve the protocol and expand our offerings.

This is my first full blown Dapp which i am making individually, so learnt a lot around solidity coding principles, proxy contract standards, Graph protocol, implemented liquidity mining pipeline which actually has a use-case and a lot more.

What's next for SIGH Finance

Support for tokenized basket of crypto assets, integration with AI modelling techniques (initially it will be tested thoroughly, before it goes live in the production environment), and a plan regarding how to take the SIGH Finance protocol live on chain (token sale, listing, liquidity supply etc). 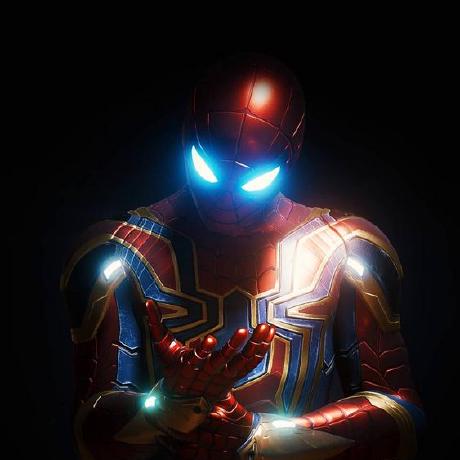 I haven't been able to complete what i thought i should have. Anyways, submitting what's done.

I am using chainlink pricefeeds and the sub-graph for indexing data.

Today i was trying to set up Google's AI platform to create API endpoints which can be called by the chainlink adapter, but to no luck! Seems like it doesn't support what i am looking for. So I am implementing SIGH's distribution logic within the smart contracts itself.

I am currently using ChainLink Pricefeeds and Graph protocol, will try to add a chainlink adapter (most probably for a different purpose) and gelato within the remaining time-frame.

Added the markets & tested the platform. Everything seems to be working. (mint / redeem / borrow). Website is updated ( https://sigh.finance/ ) Will work on the liquidity mining pipeline, chainlink adapter, and will try to add the gelato automation (if time permits) in the next 2 days!

Update the website https://sigh.finance/ , added the mint / borrow / repay borrow / redeem / redeem underlying buttons. Will add 2 more markets and then work on setting up the liquidity mining pipeline which controls the distribution of SIGH tokens.

Trying to atleast get the overall framework completed before the deadline, will start working on the ML driven quantitative modelling part after the hackathon! sigh :D

The subgraph is now live at "https://thegraph.com/explorer/subgraph/cryptowhaler/sigh-finance-kovan" (currently works only on the Kovan testnet, under active development)