Once we had defined the demand grade for each census block, we used the bus stop level ridership data (daily level for May 2015) for express lines to look at a usage metric: people getting off + people getting on, in order to get a general volume metric.

Our proposal to optimize and simplify the express lines consists of creating hubs based on high demand, high ridership areas. These hubs are located close to highways for easy car access (park and ride system) and in existing stops for easy implementation. There are two additional hubs in the North Shore, that would be served mostly by local buses but are also included here because they represent high demand areas.

There will then be a more limited, efficient network connecting these hubs – based on high-usage current routes. This would also allow for a higher frequency for these routes since we would be using the same buses to cover the same area but reducing stops and routes and improving efficiency. We drew routes for the Staten Island part, but the same applies to the routing in Manhattan. We would have limited routes and stops, located close to large Subway hubs which would allow for easy transfer. 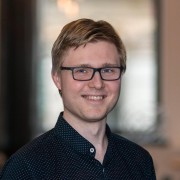