Read the presentation / Watch the demo

An Epic adventure featuring the grandson of a shaman/sangoma who uses previously unknown powers as he leads battle-hardened Rangers for United Africa, on a quest to battle a demonic international poaching ring across West and sub-Saharan Africa, by land, air, and sea.

In 2025, most of sub-Saharan Africa, including Hausa, Igbo, Banda, Mande, Maasai, Fulani, Yoruba, Akan, Shona, Zulu, Ashanti nations, have united as a democratic multi-state republic. The Pan-African law enforcement agency tasked with apprehending poachers is led by Shujaa, the commander.

One day, Shujaa’s reconnaissance team encounters strange evidence near a murdered elephant and her calf. Unlike anything he’s seen before, he uses satellite communication to contact the main base, which alerts him that a drone has spotted a group of poachers leaving the scene, headed to a bush plane. In an armored vehicle he pursues the band of renegades, but encounters supernatural resistance: monsters, with elemental powers. Shujaa continues pursuit and manages to capture, with cunning and bravery, one of the monsters, who reverts to human form, alerting him that the poacher gangs have allied with something unexpected and unknown.

Looking for answers, Shujaa visits his grandfather, who explains an ancient legend that may be coming true in the new era. The poachers are getting supernatural help from demons that thrive on war, bloodshed and violence who have been suppressed by the unity of Pan-Africa. The endangered animals they are killing represent a sacrifice which the villains need to maintain their evil powers.

Shujaa’s quest begins after his grandfather, Ade, passes away, admonishing him to pursue the path of peace, vanquishing evil with as little bloodshed as possible. He will be with him throughout his journey. Ade will send guides and helpers along the way.

In hot pursuit of the villains (and trying to track down the Kingpins), Shujaa must do detective work and chase poachers, neocolonialists, and assorted enemies, some human, some monsters: through the tropical forests of the Congo, on the plains and veldt of the Serengeti, the national preserves and parks of Zambia, Kenya and Botswana, down rivers and up mountains (Kilimanjaro in Tanzania), and across the big cities of Lagos, Yaounde, Cape Town, and Nairobi, as well as the sacred city of Ile Ife. He chases them on foot, in a jeep, on a motorcycle, helicopter and wingsuit jumping off the cliffs of the Capes in South Africa. As he conquers and arrests foes, and frees trapped and/or possessed animals or their orphaned offspring, he encounters Bosses/kingpins with a variety of magical powers. Locust swarm demons who fight as a colony creature but dissolve into crickets as a defense; a lightning fast rhino monster that stands like a man (defeating him releases the animal’s trapped spirit); an elephant monster than can reach over any distance with its supernatural trunk; a lion whose roar can knock an enemy back a hundred feet. All of these bosses and pursuits are punctuated by visits from Ade, his grandfather, who shows him how to find magic in various places, with the help of children, potions, music, and a Giant Baobab tree with a passage to a secret world. Villagers throughout his journey need protection but also help defend the helpless and the needy.

The culmination of Shujaa’s quest is at Victoria Falls. Finding a doorway behind the waterfall, Shujaa faces his greatest threat, Ingquza, the evil Bloodshed Demon, with elemental and mind control powers, who has been sending harm to the innocent people and animals of United Africa. Shujaa must use all of his skills, magic, and creativity to defeat the attacks and hallucinations fired at him by Ingquza.

He emerges victorious, and throughout the states of Africa storms and fires subside, animals escape from poachers, and peace reigns once more.

"Being a ranger was not a choice but a calling," says Stephen Midzi, whose base is Shangoni Post in Kruger. "I was born for this, so had to fulfill what has already been written in my book of life."

Others obtain solace from the place they love. Kruger's Midzi puts it this way: "To sit among a pride of lions and hear them roar in synchrony, that's a moment that always renews my energy."

“This is not just one group. It’s not the African poachers, it’s not China, it’s everyone. It takes governments in Africa actually doing something about the poachers on the ground; it takes an education system to teach the people — kids in the schools, the villagers — telling them it’s wrong. The same applies to people in Asia, who are buying the stuff,” said Young. “It shouldn’t be easy to buy ivory. It shouldn’t be taken lightly.” 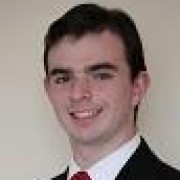