The inspiration for our app came from the recent snow storm that hit New York. It reached record amounts of snowfall. We noticed that people in their local communities were out shoveling to get money. People would go door to door, asking if they wanted their driveways shoveled. And thus, the idea for the app gave birth. What if there was a way to connect a person who needed their driveway shoveled and someone who wanted to shovel for money? This app does just that.

It connects owners who need their yards or driveways cleared out to local shovelers who want to make some extra cash. It solves the problem of the elderly, needing someone else to shovel snow outside and it strengthens the local community, through an easy and safe interface.

We built the app using primarily Ionic. We used Angular and JavaScript for the frontend. For the server side backend, we used MongoDB, as well as node.js and express.

We originally wanted to make an IOS app, for the iTunes Store, but we ran into the trouble of raising enough money for the Apple Developer Account that we needed, since we didn't want to pay out-of-pocket expenses for this hackathon. So we had to figure out a new way to make the app available for people to download and use.

We are proud we were able to solve the issue of finding a way to make the app available for people to download and use. We used the Ionic App View app, that is available for both Android and IOS. Although the app was built primarily for IOS, it still works, to some degree on Android. So we are happy that we were able to provide the app to both Apple and Android lovers.

We learned a lot about time management. We learned how to deal with time pressures, and above all, we learned more about how to utilize certain skills to make an idea to a viable product.

What's next for Shoveler

If we plan to continue on and build Shoveler, the next step would be to make it available for wider platforms. But, this is our submission for the #HackFrost Hackathon, and we are happy with the impact our app has. 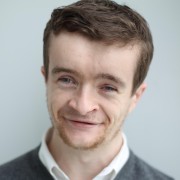