Using ideas from Melinda Gates’ book “Moment of Lift,” our team learned about the concept of unpaid domestic labor and how it has and continues to shape the lives of most women around the world.

Unpaid domestic labor refers to housework such as cleaning, the laundry, taking care of children, making food, and other jobs around the home that usually go unnoticed and uncompensated for. Women typically are put into these roles of carrying out unpaid domestic labor within families, taking an unreasonable amount of the burden for providing care to the family and the home. The more unpaid domestic labor a woman takes on to support her family, the more difficult it becomes for her to find time and energy to dedicate to growing and improving herself as a person (whether that be getting an education, finding a job, etc). Instead of overlooking this, what if we made something that could help track this unpaid labor each day?

Sheworks is a web app that allows women to track their time spent on domestic labor through beautiful data visualizations. Sensors from an arduino detect when a person walks in and out of a room and track the amount of time a person spends doing household work, which is then transformed into clean graphs. Users can then share their activity with family members and hopefully receive help to even out the load of work. They can take time and reflect on their hard work, feeling empowered and appreciative of their own contributions and recognize the significance of how they spend their hours and energy each day.

On the software side, we used React and Bootstrap to build our responsive website. We created our logo and graphics using Canva and embedded them into our site.

On the Hardware side, we used arduino, python, and various sensors and fun hardware attachments.

We first tackled trying to make the light up LCD display that would interact with the user. Using the LCD display component as well as the membrane switch, we could communicate with the user several sets of readable instructions and could take in inputs such as their ID numbers that were utilized for the sheworks website app.

We then tackled the task of attaching both an ultrasonic sensor, and a PIR sensor to track both motion coming into and out of a room. Setting up the sensors about a foot apart, if the ultrasonic sensor was triggered first, we would know the person was entering the room. On the other hand, if the PIR sensor was triggered first, we would know the person started from inside the room, and was leaving. We only had these two sensors that could be used for tracking movement and people, so it was interesting to try and figure out how these components worked. An ultrasonic sensor is able to sense how close an object or person is using sonar, but a PIR sensor uses IR, the ambient amount radiated from the room or walls or a warm body like a person.

Trying to coordinate these two sensors to work together did prove a bit difficult at first; but we were able to get the timing right to properly sense these two movements for coming inside and outside. We used a passive buzzer to signal different sounds for when a person came into or out of the room we were tracking. When a person comes into the room, the passive buzzer makes a sound, and it signals to the user of the sheworks sensor to enter an ID. By entering this ID it will trigger the timer, and the timer will only stop once the sensors can tell that the person has left the room. The values of the user ID and the timer are sent to save into a .csv file through the python pyserial library, which can then be put into our sheworks website app to track the progress of the domestic labor individuals have been around the home.

Making the data visualizations proved to be more difficult than previously thought; it took us a while to try and figure out how to connect the data sources from the .csv files directly into our website.

The sensors also were difficult to properly control at first with the need to use both in specific orders to track movement coming in and out of a room.

We’re proud of creating our project in such a short period of time, complete with a clean user interface and a working hardware component.

We had a great time learning how to customize our website’s user interface and user experience with Bootstrap, develop data visualizations with Python, and track movement and people with sensors on an arduino!

We hope to implement a sign-up and login system so users can keep track of their data for a long period of time and share their activity with more loved ones! 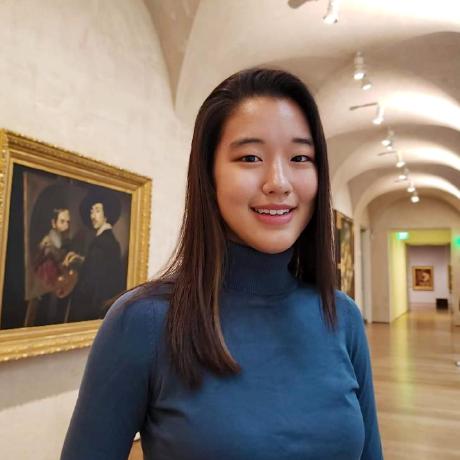