The SARS-Cov-2 pandemic has forced many companies to implement contactless solutions to interact with many clients. When looking at this from the automotive world, things get even more confounded. In the past 10 years, the total amount of cars on roadways has only increased. Based on these problems, we were inspired to create a solution so that companies can implement contactless interaction while still delivering an improved, efficient, and personal customer experience.

We built our project entirely in Python. we incorporated OpenCV for general image processing. We used it to read an image, and perform many pre-processing and post-processing operations, mainly morphological, for Tesseract OCR text recognition. We used TensorFlow to run our neural network, which would predict where a license plate would be in a frame.

It was difficult to incorporate different libraries on a large scale project. We were familiar with OpenCV and artificial neural networks, but we were not as familiar with Tensor Flow or python, which created difficulties for us especially when incorporating all of these libraries. Debugging was also a challenge for us.

Successfully created and trained a large scale neural network with over 200,000 sets of license plate images from Google.

We learned how the libraries of OpenCV, TensorFlow, and Tesseract OCR worked. We gained a deeper understanding of how neural networks work and we were successfully able to collaborate on a large-scale project on our first hackathon.

ANLPR has the potential to be migrated online and into the cloud, where it can process more than just local files. The program itself can be attached to any visual input, such as live traffic streaming. The output can be logged and stored in a file, or even run comparisons against existing databases. 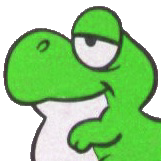