17 October, 2019 SHC | General, with the challenges released to the website, SHC members took the time to discuss and decide the general interest level and difficulty level for accomplishing each challenge. Each member discussed their opinion on each challenge & expressed that which they wanted to do. At the end of the day we were left between the two challenges we were most interested in. One of the choices was the HECO project, and our second choice was the Aloha/Storytime project.

19 October, 2019 SHC | General members attended the HACC kickoff to learn about the specific details of the possible projects & ask questions. We attended informational meetings for all projects, even though we had decided our top choices. Many SCH members had felt enlightened from actually hearing more about the projects. After more discussion about the meetings, we talked about where our previously decided projects stood. We democratically discussed which project we were going to seriously pursue, eventually settling on the HECO project. We planned to meet on the following Tuesday and each have prepared a rough draft of what we imagined the user interface could look like.

22 October, 2019 SHC | General members presented their UI designs. Each presentation was scrutinized on the basis of what was asked of us by HECO and how logically and visually effective the UI was (buttons were clear, displayed data made sense, etc). While going over each, the highlights of each were recorded. We also decided on which branch each member would be going into, based on their interests and specialties.

24 October, 2019 SHC | General members had entertained the possible idea of a problem-oriented user interface. This would allow the user to click on a button for a specific problem which would send the user to a page that would show meters with the selected problem. After further discussion we concluded that there were different methods that could still fulfill the main purpose. For example, we could create a meter-oriented interface which would have the same functionality as the problem oriented version, except that the problems would be displayed when a meter is chosen.

28th October, 2019 SHC | General Shane Parslow, our SHC leader cloned the git HACC repository into our own organization. This allowed Shane to have administrative control over the git.

2 November, 2019 SHC | General our first step in creating this project was flow-mapping our intentions in a general direction. We took each specific part of our UI and split it into flowmaps that would correspond with each other in a larger sense. SHC | Backend started on UNIX time conversion. The dataset given to us by HECO consisted of UTC timestamps which when using sorting and SQL range functions, did not work as expected. In order to allow for math and ranged based processing of the data, we created a converter that would converter the string formatted UTC timestamp into an integer formatted UNIX timestamp. SHC | Backend we started to create a function that would allow us to find the minimum and maximum time of the database. This would allow us to find the total amount of time the data encompasses. This would permit us to index the data according to the start time and a given index size.
SHC | General we switched to MySQLdb from SQLite. This would help with a more complete SQL implementation.

4 November, 2019 SHC | Design, started construction on "EMME | Guide to Operations. 6 November, 2019 Since django makes its own tables within a database system such as in our case MySQL, we set up the models.py file with columns that we will need to have and then we imported the raw data table into django’s table it made so that way django can also see the data table. We made sure that everything was transferred over with datagrip and got django to see all the data. We created a graph with chart.js and the raw data with django and filtered out data based on the start time with if statements in the html with djangos tags which allow you to create if statements and for loops to generate the graph. Issue we have is that some of the values that we were importing were not integers so we changed that in the database and made the times into integers. This allowed us to filter out data based on time for the power users. We updated the settings.py folder so that way we could use the css and javascript in the html page.

7 November, 2019 SHC | Backend finished functions that find when station’s specific port types has zero uses. Also created a congestion detector that calculates when the interval between meter uses is too small. Frontend began researching ways to implement a button that would lead to a data table. From there we anticipated that data would fill up the tables 9 November, 2019 SHC | Backend completed a problem detection function which would take the previously created singular problem detecting functions and run them across the entire dataset. In other words, this function utilizes parameters in the “Broken Port Detection” and the “Congestion Detection” functions to identify when in the table did a certain problem occurs.
Frontend was finishing creating popups that led to a table which when viewed would show the status of the meter and whether it was damaged or not, from there there would be a link to more info that displays the problem at hand 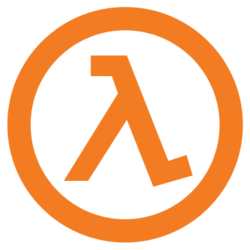