Shark Sandwich is a text based game with a new twist. As your hero adventures, you encounter monsters and make discoveries. Experience the world through a command line interface, pitting your hero against the environment and eventually other players.

Every moment of your character is saved away; moments in time etched in the stone tablets of history... until you smash them to bits.

The game records your hero's timeline. It also records your freind's timelines as well. Eventually, you'll be able to travel back in time to attack your friend's hero. It's a sketchy endeavor. Will you win, or lose? How will that alter the course of history?

If your character dies, your present day character becomes another descendent in the long line of your hero's heritage. You can become stronger or even weaker based on the outcome!

We wanted to see if there was a way to build a multi-player game that could take advantage of the distributed nature of git. Events in the game are stored as a timeline of git commits. At any time a game can be replayed by playing back the commit timeline. The entire game state can be re-built as needed to any point. This is a powerful concept, because you can start to step back in time, and by altering the timeline, effectively change the course of history. This opens the door to all sorts of possibilities.

By tapping into the distributed nature of git and all the available resources around git, the games becomes very open and portable. You can share the game you are playing with others and let them actually see what has happened. 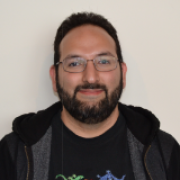