I am the student body president of my university. One of my many tasks in undergraduate student government is finding artists to perform. We usually bring artists like DaBaby, Young Thung, Kendrick Lamar, and similar. Recently, we have taken the unorthodox route and decided to bring a YouTube star after much, much, much request ( you may know this star as David Dobrik).

I decided that I want to investigate these viral socialites further. I love watching YouTube videos as much as the next person, but I will never understand people who would "kill" (hyperbole) for their favorite YouTuber.

*After seeing what influence these socialites have on our society, I wanted to give parents the option to save their children from negatively influential YouTubers. *

The end result is telling the parent if the YouTube channels their child watches has negative, neutral, or positive ecosystems.

1) Mine 6 years of top trending YouTube videos in the United States with all their comments.

2) Run natural language processing algorithms to find the sentimental value of every comment on every post for every YouTube video. We then assign the value to a channel. This value represents the overall ecosystem influence for said channel.

3) Store all the sentiment values in a database with corresponding channel names. From this database we can give you feedback to your children's YouTube influence environment.

Starting another project first resulting in 12 less hours of "hacking" on this project.

Changing from my original project to try this one!! Originally I was doing the JetBlue challenge, but the idea came and it made me more excited to try!

Use sentiment factor ratios to make dynamic bayesian filter to each parents preference. When a child clicks a channel that has over a set amount of negative  influence their parent sets they automatically get kicked off the video. Also using a GUI. 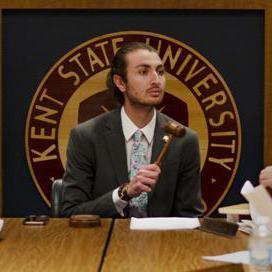