We hope our tool gives nonzero contribution to society.

Generates a description of a scene and reads the description for visually impaired people. Leverages CLIP/recent research advancements and own contributions to solve previously unsolved problem (taking a stab at the unsolved generalized object detection problem i.e. object detection without training labels)

Once the user presses the button, the recorder beams it to the compute cluster server. The server runs a temporally representative video frame through the CLIP engine. The CLIP engine is our novel pipeline that emulates human sight to generate a scene description. Finally, the generated description is sent back to the user side, where the text is converted to audio to be read.

We can map the image embeddings to text embeddings via a simple MLP (since image -> text can be thought of as lossy compression). The mapped embedding is fed into a transformer decoder (GPT2) that is fine-tuned to produce text. This process is called CLIP text decoder.

The issue with Image captioning the fed input is that an image is composed of smaller images. The CLIP text decoder is trained on only images containing one single content (e.g. ImageNet/MS CoCo images). We need to extract the crops of the objects in the image and then apply CLIP text decoder. This process is called generalized object detection

Generalized object detection is unsolved. Most object detection involves training with labels. We propose a viable approach. We sample crops in the scene, just like how human eyes dart around their view. We evaluate the fidelity of these crops i.e. how much information/objects the crop contains by embedding the crop using clip and then searching a database of text embeddings. The database is composed of noun phrases that we extracted. The database can be huge, so we rely on SCANN (Google Research), a pipeline that uses machine learning based vector similarity search.

We then filter all subpar crops. The remaining crops are selected using an algorithm that tries to maximize the spatial coverage of k crop. To do so, we sample many sets of k crops and select the set with the highest all pairs distance.

The hackathon went smoothly, except for the minor inconvenience of getting the server + user side to run in sync.

Better clip text decoder. Crops tend to generate redundant sentences, so additional pruning is needed. Use GPT3 to remove the redundancy and make the speech flower.

Realtime can be accomplished by using real networking protocols instead of scp + time.sleep hacks. To accelerate inference on crops, we can do multi GPU.

The logo is generated by DALL-E :p 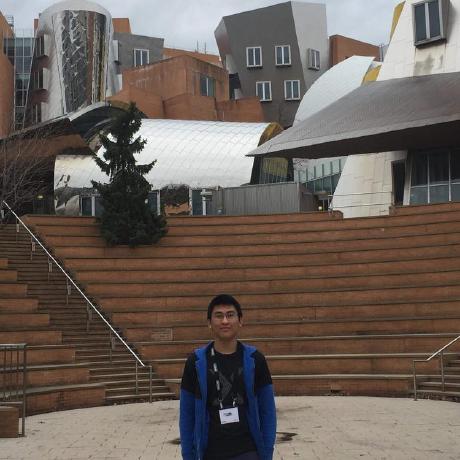