The dangers associated with coal mining are myriad; black lung, flammable gas pockets, rock-bursts, and tunnel collapses are all very real dangers that mining companies must consider when attempting to provide safe working conditions for miners. One class of mining hazard, commonly called 'seismic hazards', are notoriously difficult to protect against and even more difficult to predict with certainty. Therefore, predicting these hazards has become a well-known problem for machine learning and predictive analytics. The UCI Machine Learning Repository (https://archive.ics.uci.edu) provides a 'seismic bumps' data set that contains many records of combined categorical and numeric variables that could be used to predict seismic hazards. This 'seismic bumps' data set can be found at https://archive.ics.uci.edu/ml/datasets/seismic-bumps .

Our analysis attempts to use logistic regression techniques to predict whether a seismic 'bump' is predictive of a notable seismic hazard. We attempt to characterize our prediction accuracy and compare the results against the state of the art results from other statistical and machine learning techniques, that are included within the data set.

The data were taken from instruments in the Zabrze-Bielszowice coal mine, in Poland. There are 2,584 records, with only 170 class = 1 variables, so the data are significantly skewed towards non-hazardous training data. Field descriptions are below, but essentially energy readings and bump counts during one work shift are used to predict a 'hazardous' bump during the next shift. From the data description, a 'hazardous bump' is a seismic event with > 10,000 Joules, and a 'shift' is a period of 8 hours. For the sake of reference, a practical example of 10,000 Joules would be the approximate energy required to lift 10,000 tomatoes 1m above the ground. A class = 1 variable result signifies that a hazardous bump did, indeed, occur in the following shift to the measured data.

The main effects for this study are considered to be the all numeric variables, plus ghazard, seismoacoustic and shift. This stands to reason, since numerical energy readings and shift activity type all seem like they would impact the number of hazardous seismic events in the next shift. The nbumps class of variables are left out for more advanced models, since the resonance and frequency ranges could have a multitude of confounding variables that we, without significant mining expertise, would miss. To test that nbumps isn’t necessarily the largest effect, we looked at a side-by-side histogram of nbump records for each of the two output classes:

The pattern of frequency distributions appears to be consistent, regardless of class. Therefore, we will not be making ‘nbumps’ one of our main effects variables.

We are making the assumption that each measurement is an independent measurement, taken at different times, from the same mine. This is based on the data set description at the UCI Machine Learning repository, and the fact that you can’t take multiple simultaneous readings from the same instrument.

We used the following chart to assess the correlation of variables with each other. The most highly correlated variables are energy and maxenergy. It is also interesting that the gpuls:genergy and gdpuls:gdenergy are somewhat correlated, but we would expect that an increase in the count of pulses per shift would raise the calculated energy per shift. We would also expect the change in variance in the number of pulses per shift (gdpuls) to correlate somewhat with the variance in the energy measured (gdenergy). For this model, we decided to leave all the main effects variables intact and address any multicollinearity issues after glmnet’s automatic feature selection, if necessary (spoiler: it wasn’t).

The dependent variable in our model is quite unevenly balanced with a 14:1 ratio for non-hazardous to hazardous. To illustrate the problem with having an unbalanced class variable we compare accuracy of the logistic regression full model with the null model.

We first built a logistic regression model taking all the observations and variables into account. glm(class ~ . , data = sb, family = "binomial"). Next we predict using this full model and calculate the probability of getting a hazardous bump. To convert these probabilities to classes, we defined a threshold. A good value for threshold is the mean of the original response variable. Probabilities greater than this threshold are categorized into hazardous bump class and probabilities lesser than the threshold are categorized into non-hazardous bump class. Model accuracy is then calculated by comparing with the actual class variable. Our calculation show that the logistic regression model with all the observations and variables made a correct prediction 59% of the time.

This data set has been used in many, many papers and theories. This seismic bump problem is an interesting problem, an important problem, and has a fascinating data set. However, it is challenging due in no small part to the unbalanced data. Like the infamous Challenger O-Ring data set, the lack of a hazardous result is not a ‘null’ case but instead informs the model about situations where nothing bad happens… a class = 0 event. Unlike the Challenger data set, we have many more parameters to choose from, and myriad ways of dealing with the imbalanced data. We chose to Randomly Under-Sample, but we could also do Synthetic Minority Over-Sampling, Cluster-Based Over-Sampling, Random Over-Sampling, Algorithmic Ensemble Sampling, Bagging, Boosting, and probably many other techniques which aren’t covered in a graduate level statistics course. We chose a pretty straightforward solution, which definitely impacts the performance of our model.

Our logistic regression model predicts the test set with around 60 to 70% accuracy, after random under-sampling.

While the methods for calculating the results of these various methods aren’t clearly documented in the data set, we can assume that we understand a few of them through inference. Accuracy (Acc.) is the percentage of times our model correctly predicted the class in the test set.

Some different ideas on this dataset: 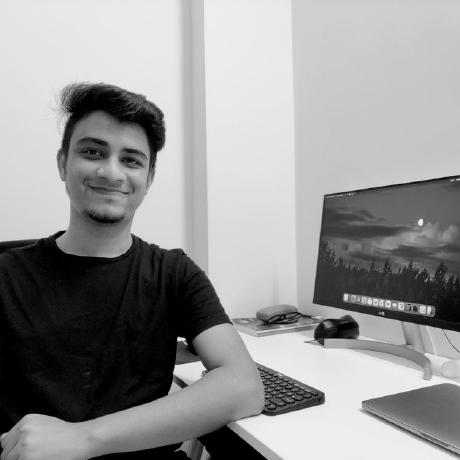