While VR attempts to curate some very immersive experiences, the inputs that users provide feel very unnatural and unfitting to the immersive experience. All the buttons that you have to press and the way that you traverse the world (through teleporting for instance) are not natural. What if you can run in place rather than using the controllers to traverse a large space? This was the initial thought that started the whole project.

The lack of good locomotion input mechanics for VR prompted us to explore that space. In particular the merge of physical motion with engaging virtual experiences can be a strong contributing factor towards human well being and fitness. Users are a provided with an engaging experience that prompts them to exercise and stay fit.

We wanted to couple our vision for a new locomotion mechanic with an interesting creative experience that you can only get in VR. With such an engaging setting, we hoped to prompt users to exercise by running in place and stay fit. In particular, we wanted the users to feel the sense of scale and explore the notion of scale in VR through peculiar and fascinating graphics.

In this hackathon, we developed a locomotion mechanic for Vive that allows you to run in place to traverse the space in VR. In addition to that mechanic, we created our own stylized art assets to curate an otherworldly and peculiar experience, with scale as a main feature to be explored in VR. We merged these two assets into one virtual experience that promotes fitness and human well being through cardiovascular exercise that is packaged as a fun and engaging game.

The game is set in 2035. Earth is quickly running out of natural resources. Desperate to find the energy needed to sustain life, scientists and aerospace engineers have been exploring nearby planets, and to their surprise, they have discovered a strange, glowing orb (an anomaly) floating near Mars. After building a space station around it to study it, scientists have discovered that it absorbs everything close by but emits crystals containing energy precious to sustaining human life on Earth. In an effort to collect what energy they can before the station collapses into the anomaly, they have sent you there on a mission to collect as many crystals as possible to bring back to Earth.

We used Python analytics libraries to develop the running algorithm and then implemented it in C# for use in unity. We used Maya to create our own stylize low poly graphics. The graphics emphasized scale and curated an other worldly and fascinating experience. We then imported these graphics into unity and developed the game mechanics around them, with running in place as the main source of input. Finally we downloaded relevant sounds from freesound.org, edited them in audacity and used sound engineering to incorporate these sounds into the game play. All of this came together to provide an enchanting experience with HTC Vive.

The locomotion algorithm took a long time to develop. The collected data was very noisy and it was quite challenging to smooth the data in order to accurately predict whether the person wearing the headset is running in place or not.

As a team it took us a long time to converge on an idea to utilize the locomotion algorithm and the graphics at our disposal. In particular the MVP of the game only came together on Sunday morning.

Finally, development collaboration proved to be challenging with github and unity. It was very hard to maintain a running version of the code on all of our machines and eventually we turned to peer programing on one machine and having a single working copy of the source code.

We are really proud of being able to create a fully functioning game with a new input mechanism and high quality graphics. The experience is truly enchanting and it makes us very proud of our work and keen to see what other worlds we can model in VR.

We learned how to collaborate with developers and designers to create really powerful content. We explored developing with unity for the HTC Vive.

The next step is to publish revolVR on steam. It is already a great product with nice appeal and great potential. Moreover, the locomotion mechanic that we have built can be used for many other experiences and may even become a common mechanism for getting user input. 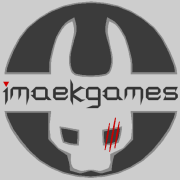 Coming along very nicely. Running in place generates input, shooting and gravity mechanics are interesting and different, gems shrink into the collector as you rush around the ring and avoid obstacles.