Every month my school hands out paper editions of the school newspaper. It is fun to read but the next day there are papers littered everywhere and it is annoying to flip the pages in class.

School House Paper scans the newspaper's website for articles and downloads the data. Then it formats it to be displayed and used. Last, read more links are created so the user can find more information about a given article.

School House Paper connects to the theme of teen issues in really 2 ways. First, the app literally lets teen's read about teen issues in and easy and efficient manner. And Second, one issue at my school is that kids like the newspaper but don't like the print edition and want something more portable which is exactly where School House Paper comes in.

I built is using React-Native, a mobile framework on javascript maintained by Facebook. Instead of running an engine like Unity, React-Native generates native iOS and Android projects based off of the Javascript code.

Data formatting was really hard because there was a lot of white space in weird places. Also i had some data handling issues where screens and variables were sharing data when they were not supposed to.

Making the Beacon more accessible and

I learned how to parse rss feeds and format strings.

What's next for School House Paper

I will make a formatter that is built in so anyone can bring their school's newspapers. 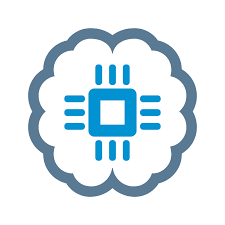