Savvy Savanna allows low cost Internet of Things devices - the sensor and the button - to be deployed in conservation areas and surrounding villages. The system allows people to press a button to report suspicious poaching activity and solar-powered field sensors which automatically report potential poacher problems in the savanna.

Sensors in the savanna detect sounds, such as helicopter noise, that trigger an alert to be sent to the cloud and subsequently to the appropriate authorities.

The system alerts authorities of poacher activity detected by the system. The authorities receive a text message alert.

Network Coverage Issues Cellular signal reception and WiFi network coverage is limited in the savanna. Signals from the sensors need a way to transmit information to the cloud. To solve this problem, the sensors in the field are part of a mesh network. This is technology currently utilized in "smart cities" with interconnected devices. Field sensors can be networked together with only certain sensors directly connected to the main cloud network.

What's next for Savvy Savanna 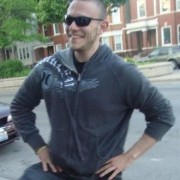 Please see this medium post for more info and context!