The crunch of the implementation came from the daily apps in which our life is engrossed. We live in a ecosystem of apps and the stuffs become more complex when we have to make choices. Hence, we intend to design the platform that rates app on user reviews on the apps and provide a score either in positive or negative ratings. By this rating, the user can get clear idea what to install or what to decline.

It rates an app on user reviews on the apps and provide a score either in positive or negative ratings. The ratings help in getting decision on the installation of apps.

We used Flask as a service with HP haven on Demand as the base api for the app.

The major challenge was in the integration of the Google Auth Api’s, which was a obstacle. Apart from this we are using Flask and HP Haven on Demand.

This was the first time where we 3 came together as a team. Built cool stuff using GIt Flow and CI.

Well, we got our hands on flask, HP HavenOnDemand APIs and Google Android Publisher APIs.

What’s next for SAR (Sentimental Analysis of App Reviews):

Make it a .io platform. Build an ios version and Windows store one. 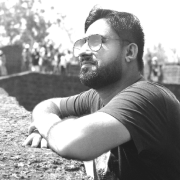