Santa's Little Helper is a web service that cooperates with reddit's Secret Santa page to help the secret Santas to get a better idea of who they are gifting so that they can give a more meaningful gift.

What makes the Little Helper so smart?

Through the backdoor, the Little Helper is running through your giftee's previous Twitter and reddit posts and likes and consulting IBM's Watson Developer Cloud based on the Bluemix server for natural language processing analytics on the various subreddits the giftee is a part of. This generates an overall personality and a list of interested topics. This then is run through search queries on online shopping sites, like ebay.com, and the search results are sent back to Santa's Little Helper webpage. 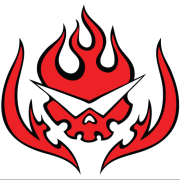