Non-verbal children can be of vocal impairments, or hearing impairments that hinder their ability to communicate verbally and not able to connect with teachers in classroom due to online mode of learning.

Augmentative and Alternative Communication (AAC) refers to the tools and strategies used to assist people who have little or no speech to communicate. AAC apps assist individuals in forming phrases and sentences using symbols and predictive keyboards. Augmented and Alternative Communication (AAC) apps for adults and children can be used for varied reasons from a temporary disability to a permanent one.

Sampark offers augmented and alternative communication to people with speaking disabilities. A lot of other solutions exist with in-person mode ( Awaz, CoughDrop) that augment communication with help of pictures and symbols converting them to voice and/or text, but due to current situation of repeated lockdowns in-person communication is not enough, Sampark also offers virtual communication with video calling and sign language detection. Hence, user can connect and communicate with other people using two modes, virtual and in-person.

The web app is written in ReactJS and has three major screens, the landing page, the picture board and the video call component. The landing page is quite simple, just contains links to the two other parts. The pictures board which supports in-person communication contains a lot of pictures and symbols resourced from Mulberry, ARA, SAAC and Global Symbols. When you click on a picture, it adds the underlying text to a top bar, which is basically the content of what will be converted to speech once 'speak' button is clicked. The picture board is divided into categories, which when opened will contain more relevant pictures and symbols. There is also an option to add your own pictures to the board, though it's only a prototype and the back-end service to support the operation does not exist as of now.

We have created a video chat using the WebRTC and WebSocket protocol.

This is similar to what google keyboard autocomplete works, there are three parts:

4. Fingerpose Classifier (Sign detection and its conversion to text)

Finger pose classifier uses the hand landmarks detected by TensorFlow.js' handpose model. As of now it can detect hand gestures like "Victory", "Thumbs Up" , "I love you" , "Thumb Down" , "Hello" inside a webcam source picture.

This service intends to let user create private and public boards for pictures and/or pictures that are not currently available in the application. The back-end service is not implemented yet, but we have the front-end prototype ready and is present in the app. The back-end service when implemented can store the pictures in S3 bucket and save the reference with name provided by user in a persistent storage. To create boards or categories, there can be additional field for that. Further extending the serve both public and private boards will require authorization support.

We tried to put different Aria-labels at all the different components in the react code to be able to support keyboard accessibility when operating system has accessibility mode turned on. There is a lot of scope on this, we can put more labels, support keyboard shortcuts and can collect user data anonymously to see what keyboard shortcuts user is using more in order to have better understanding of user behaviour.

Reactnless noted, additional info is for judges and h

Initially, we faced a lot of problems while collecting and then preparing dataset for the models used in Autocompletion APIs. Shortly after, out laptops were not able to handle the load of fingerpose which detects hand movements because of heavy computations. But we overcame these problems and shortly were able to reach the solution. We also wanted to deploy the application, but due to time constraints, we could not do that.

We are proud of the fact that this app has a huge practical application and can be used to help countless people.

A lot of the technologies we used were new to us, hence we learnt a lot while applying them. We also learnt how to explore end-user problems and how to push ourselves in their shoes.

What's next for Sampark

We think that the project has a lot of potential and can solve many problems faced by the user. 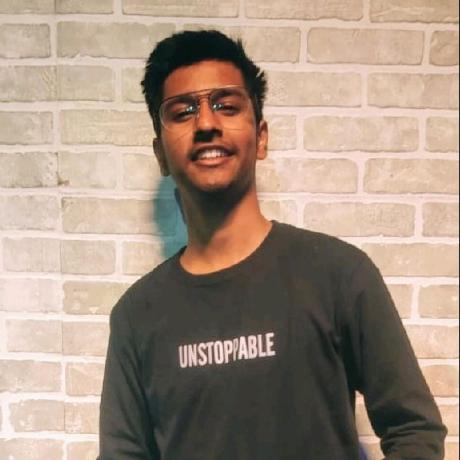