It is The inspiration behind this project is that we will soon have Josaa/Neet counselling in India so around 20,00,000+ students have to go out and have the counselling done.But in the time of this pandemic we can not let that happen right? therefore an online counselling portal that matches the security of an offline one.

Another point that we saw in recent time was during charity/donation people dont come to know where there money is going so using Etereum now people can donate and also keep track of it.

The problem that we are trying to solve are the following -

To put it short: Smartcontracts and public blockchain provide the possibility to automate processes, eliminate the need for third parties, while providing a trust-less and immutable, time-stamped record and without the need to reveal the actual document outside your private network. There is no other system that provides these qualities. Moving the process to blockchain is a natural step to take.

One of the big promises of blockchain is that it can reduce costs by eliminating or reducing the role of intermediaries. And charities are intermediaries, helping to transfer money from donors to people in need. Could blockchain, then, eliminate charities? Not entirely, but it could make them much more effective.

Long story short we divided the work in two sections where Vineet worked on the frontend and Hritwik took care of the blockchain backend. We had various bugs we shifted to javacript and webpack. we started with the idea to timestamp our work using ethereum and then also added covid-19 situation.So we thought that counselling session will begin in India and with this pandemic right now, we should then make a document verification/counselling platform and we also thought that we can combine it with Charity/donation part and boom the idea came in. I also worked on the charity payment and form payment and the integration with matic network

There were like a gazillion of bugs while making this project and at some moment I just wanted to quit.To be honest webpack was seriously annoying to work with. We had bugs like "fs" not found and then various missing webpack loaders,404 post request error in skynet etc,also we wanted to make the web app on reactjs but we had some deprecated libraries so we switched it to vanilla javascript and webpack.also there were errors while integrating with the matic network as the smart contract would not get deployed and portis was also another different story alltogether.api registration was hard and its call bugs were making our lives a misery but in the end it all went smooth.

With this project we have achieved the power to archive all your documents in a safe and secure manner and just transfer some hashed for verification process in the time of this Covid-19 pandemic,i think this is the biggest achievement we can get.We really need a secure online verification process which will replace offline human to human verification, our web app does the same whereas no centralized entity is that safe right now and also same we have done for charity process where we have added Transparency of money.We have made a web prortal to notarise your licences have counselling session get data verification and also have charity done or make a charity program for a good cause

We have learned a bunch of new stuff,this is my first project with web3js, skynet ,ethereum/sollidity, using portis and truffle suite and matic networks.

What's next for Sahayak

With the increasing need of cyber security over cloud, centralised servers and our project working on the latest technologies of blockchain is expected to have a huge success in market. we are moving towards increasing the sector/industries we can work on some of them are as follows: 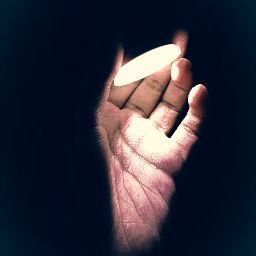