I was combing through my newsfeed and an article caught my attention: Teens in East Oakland Want to Tell Their Stories. The article discussed in-depth interviews with East Oakland youth who were tired of being afraid to go to school, work or even walk around their neighborhood for fear of gun-related violence. At the end of the article, an interviewee said that he hoped that the media would care about a story like his: a young black boy in East Oakland who was robbed at gunpoint while getting McDonald's. This idea of invisible, yet constant, violence inspired us to research more about ignored narratives of the American gun epidemic. We found that they were yearning for the care and attention given to victims and survivors of other tragic cases such as mass shootings. More specifically, they wanted to share their stories about a pressing public safety issue but felt ignored and demoralized. That's where we came in.

We provide a platform for those who have felt ignored by mainstream media publications to share their stories, find resources they can use to care for themselves and those around them and provide the avenue by which they can learn about the experiences of others. We want it to be an open forum that empowers all to learn about the reality of gun violence in America. We also included a sample letter to a congressperson so that, if one is so moved, they can share facts and stories with representatives to motivate community-focused policy.

We used Wix code because we believe that it is an easy way to build a website for beginners - like us!

As beginners, we ran into some difficulty in predicting what we could accomplish in such a short period of time. For example, we spent a lot of time watching introductory videos and learning how to make our vision come to light. The server also crashed!

We are proud to be able to make our very own website. We are also proud that we developed something for a good cause.

We learned how to make a website and we learned that hackathons are very fun.

What's next for Safety Bell

We as a team, are interested in the concept of Safety Bell and wish to gather more knowledge on programming and web development in hope to make Safety Bell much better and be available for everyone. 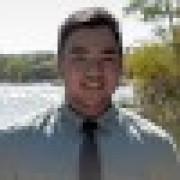