We originally intended to use Dragonboard’s image processing capabilities to create a people-counting gate that would monitor the people present, therefore possible seats remaining, in an indoor space such as a cafeteria. As we brainstormed for other ideas that could be reached using similar tools, we came across the topic of safety. Although there are emergency alert systems installed on campus, these systems only function when an accident is taking place. Instead, we intended to make progress on actively preventing accidents by providing students with a real time mapping of all people present on campus.

This current prototype uses image programming and opencv to count the number of people within the range of the camera. This data is then compared to bluetooth signals received from an arduino. The idea is to have student IDs incorporated a bluetooth system that will send signals from the card to dragon boards located around campus. The dragon board will compare the difference between the people campus, which of those people are students or faculty and which of these are strangers. The location of the dragon boards located throughout campus is also meant to help track the location of the people being Thus this will help build a safety system around campus, that will help students feel safe anywhere and anytime on campus. The project is also meant to be expanded into a phone app that will track the people on campus as dots. These dots will be color coated: blue for students, white for faculty, and red for strangers. A stranger is someone who is not supposed to be here, and will officially be classified as someone who does not have a UCSD ID card with them. This will help the campus police quickly respond to emergencies, as well as reduce overall crime on the UCSD campus.

What's next for Safety 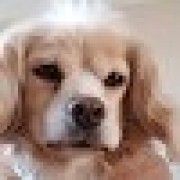