Some of our members had experienced those moments when you almost fall down while riding bicycle in Philadelphia due to numerous incidents. To encourage healthier life by riding a bike and to ensure safety through out their rides, we came up with an idea to design an application with which users can search the safest bike station near their home, and the safest path to their destination.

When it gets launched, several markers can be seen which indicates the bike station available near the selected area. If user clicks on one of the marks, it shows the address of the station and the crime rate of the area near each station. Moreover, if the user puts in origin and destination, the application would provide the safest path on the map so that users can take those routes.

A lot of civic data provided by PennApps were used. Used Bike Station Location data provided by Indego to find out the bike station near specified area. Used civic data of crime incidents to measure the safety of the area near bike station, and used the bicycle death number and bicycle major injury number in the vehicle collision data to compute the safest path. Used html, css, json, javascript and jQuery to build the web application. Used Google Map API to present the markers and path on the map.

In the perspective of front end, it was hard to make the map interact with the server and present the desired data. In the perspective of back end, it was hard to read in the data, parse it appropriately, and to connect it with map. We spent a lot of time figuring out how to import json files into html file and to parse it, since there was immense amount of data provided. We also spent tremendous amount of time to get familiar with Google Map API and calculate the safety of each segment along the path.

After numerous tries, we could finally calculate the safest path and suggest it to the users.

Most basically, we learned how to build an interactive website that takes in tremendous amount of data and presents only the selected few to the users. We learned how to work in as a team. How each members should collaborate with each other while being responsible to the part that each has speciality in.

What's next for Safe Ride

We would like to provide GPS based real time search so that the users can search the safest bike station while they are moving. 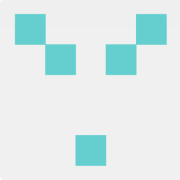