The primary inspiration to build this is to bridge the gap between willing jobseekers in rural areas and the unfulfilled jobs in urban areas, mostly because is no means of communication between the employers and the jobseekers.

RuralFuse builds a database of jobseekers and employment opportunities, and then matches the jobseekers to potential jobs around their locality. We also have representative who would be gathering the initial data from the jobseekers, since not all of them would be able to work with a computer to fill in their data into the portal. Employers can post their jobs on the portal. They can do this with the help of our representatives too. When skills of a jobseeker get matched with any of the active jobs, our representatives can queue calls to all potential jobseekers. We also give preference to differently abled people for job opportunities that might be suitable for them.

We used Laravel to build the backend, and HTML, CSS and JavaScript to build the frontend. And since it is a web app, it does not require any expensive hardware and software to access it.

A key issue that we ran into were getting the jobseekers' data into our database, because most of them aren't technically sound, some of them not even being able to read or communicate in English.

What's next for RuralFuse is, we plan to actually deploy our service in one village to see how people actually respond to something like this. 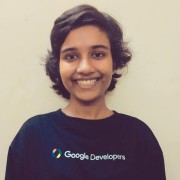