A few days ago, the aetiology of an epidemic was released. In the city of Muzaffarpur, Bihar every year during the month of May and June around 200-300 children are reported dead and many more are admitted to critical condition. After many years of research, the probable reason behind this periodic epidemic, locally termed as “chamki-ki-bimari “, was released last week to be the locally grown lychees. Reading more about it we realised that if there would have been a proper system of rumour-registration, such scale of deaths could have been avoided. There are many other such cases where the situation can be controlled very much if timely action is taken. When we saw this problem statement under UNICEF themes for codeutsava 1.0, it us no time to decided what we were going to work on.

As per a report published by the WHO in the year 2003 The rumour register is to be maintained in each public health institution. Source of information from the community should be verified to identify outbreaks. It is an important source of information and should not be neglected. On the other hand, key informants in the community should be assiduously cultivated, so they become the eyes and ears of the health services in the community.

This is exactly what we are aiming to accomplish through our application. Our application at its core ensures that an authentic report of an outbreak reaches the concerned Medical Officer (MO) and other key players such as NGOs, community leaders, media etc. so that a quick response plan can be executed to minimise the casualties.

Basic Steps: -->>Unusual health event is reported by Hospitals, Community leaders or NGOs -->>The report reaches the medical officer in the region -->>Since the report can be reached only through verified sources, quick action is taken to control the situation -->>The Medical officer can also update regular information on our website regarding precaution and safety measures to handle as well as prevent such medical epidemic.

Rumour Register deals with epidemic outbreak. Such an outbreak is more expected in the rural area than in urban area. People in rural area are not very used to smart phones or internet based applications. Therefore, one of the biggest challenges was to develop a system which would use the most common way of communication among the internet fraternity. The answer was obvious, a simple and elegant web-page with email services. This may sound like a easy task, even we thought so. But the beauty of the project is in its simplicity. We have tried to develop a system which uses the already existing infrastructure. Owing to the technological inclination of a hackathon, the solution right now is basically web oriented. We believe that providing an android application for this process won't be such a good idea since reports of epidemic are seldom. However, for the sake of user preference, we had to provide an android application. However we still believe an presence of an android application is not essential.

Most of us working here are beginners in software development field. We probably didn't even knew half of what we know now after the hackathon is completed. It was our 1st hackathon. It was a very intresting and exciting journey of 28-hours. We learned how to work under pressure and time-limit to deliver the best we can. None of us had any knowledge of web front-end development a few days back, but with a few days hardwork, especially including the last 28-hours we were able to develop an application which is solely web-based. This is something which makes me feels confident and happy.

During our research for the project, we came to realise that most of the outbreaks can be controlled to a considerable level only if prompt and correct information reaches the correct authorities in correct time. We also went through some stats which made us more dedicated towards developing the application. We learned how to work under pressure and time-limit to deliver the best we can. None of us had any knowledge of web front-end development a few days back, but with a few days hardwork, especially including the last 28-hours we were able to develop an application which is solely web-based. This is something which makes me feels confident and happy.

What's next for RumourRegister(Dementors, Rumour Resister)

We would love to work further on the project if receive the consent from UNICEF to create such a system for Rumour Register under their hood. A project as such need a lot of online as well as offline i.e. technical as well as non-technical solutions to reach the people and the concerned authority regarding an unusual health event. We would more than love to contribute towards such a great cause and be a part of it if given opportunity. 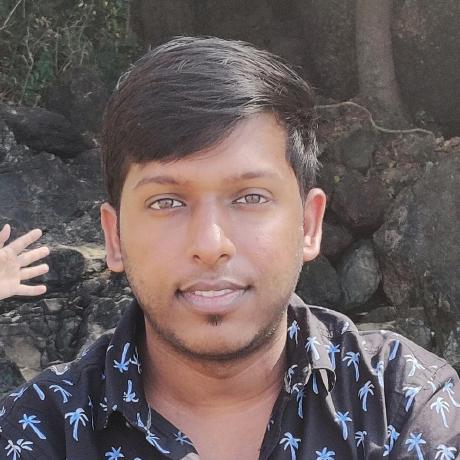