It's spooky season and everyone is terrified that the neighbor's peky kids will steal all their candy! With RU You? however, we can protect our kit kats, twix', skittles and M&M's from little Joshie's prying hands. Our invention helps you dispense candy only once per cheeky Annie.

On a serious note, packages being stolen from doorsteps is a very common occurrence and we wanted to solve this problem in a cheap, efficient and easy-to-use way. This inspired our creation, RU You?.

RU You? uses the Qualcomm Dragonboard 410c to take an image of the person trying to gain access. At the same time, we use Google Cloud's Google Storage API to maintain a database of faces that is used to determine whether a person is allowed to access it or not. This classification is carried out by multiple image analysis API's such as: the Google Vision API, the Clarifai API and OpenCV. The current image is compared with those in the database and the resultant score determines the course of action to be taken by the Dragonboard.

Our approach consisted of two main components: Software and Hardware.

The hardware workflow for RU You? can be summarized by the following:

The software workflow for RU You? can be summarized by the following:

We faced an onslaught of challenges with both the software as well as the hardware components of this project.

We are extremely proud that we were able to integrate so many API's together! The hardware-software communication was definitely a challenge and we think that our solution was innovative and efficient.

One of our biggest accomplishments is definitely mastering such a large tech stack in such a short amount of time, especially everything we worked with was a novel concept for each of us. Not only were we able effectively make use of these individual components but also create communication channels between them.

What didn't we learn? Almost every API, hardware component, analysis that we used we had to learn during HackRU Fall '18!

We also learnt that alot of people are mad about having their candy stolen on Halloween Night!

What's next for RU You?

We hope to extend this prototype to more applications and take advantage of it's potential for social good. This project can definitely be extended to security applications, storage applications, etc. We see this project reaching new heights in the near future! 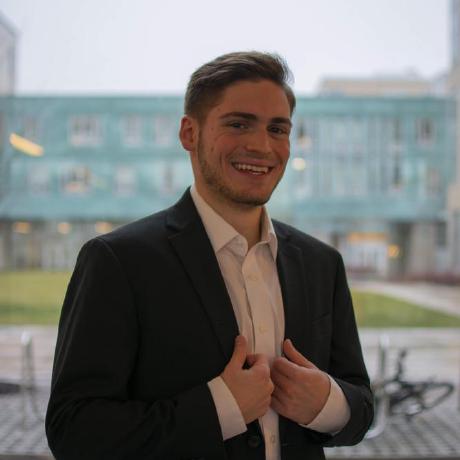