We got the idea for this game from the New Super Mario Bros. U. game. There was a co-op mode in that game where one person could play as the protagonist, and a second player could place blocks on a touch-screen device to try and aid the protagonist. However, many times the second player would use the blocks to disrupt their "good friends" instead.

It uses networking to connect two players, having one player place blocks and enemies for the other player to get past in an attempt to get through a randomly generated terrain in a given time. There is supposed to be a currency system for the person placing obstacles, which limits their abiklities to make it reasonable for the other player to go against

We learned about the basics of networking,

What's next for RTS Mario 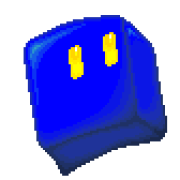