Bicentennial Man, a story by Isaac Asimov. The story s about a robot who evolves and attempts to become human, and after 2 centuries he dies as the bicentennial man.

Robert was a blank slate which traveled around SJAM (Sir John A Macdonald SS) talking with people.

As for physically, we built a wooden box which contained motors and wheels. The top was foam board, completely blank in the vague blocky shape of a person. The motors we used were salvaged car power window motors. The electronics we used an Arduino which was connected to an R/C reciever and bluetooth, allowing us to drive the bot and send signals to an android tablet which initiated the speech, using a chaatbot API. I predominantly took care of the hardware aspect, Ethan the software.

The original battery we were planning on using was far too heavy. It actually caused the wheels to buckle, meaning we could either use a lighter battery, tether it or rebuild the base. I settled on a lighter battery, which still lasted the night.

This was our first large project, which was impressive. Between the two of us there was easily over 300 man hours, each due to their own problems with their focus.

Robots be hard. Also I figured out some ways if I were to rebuild it that I could improve it. I also learned some tricks for connecting wheels and batteries through trial and error.

What's next for Robert

We've talked about reviving him for other events and improving him. One of the next steps would be to improve the base so it smoothly drives over tile as it was a bit shaky. Another would be to automate him so he initiates conversation without manual input. Another thing would be to take pictures so I can refer to them. 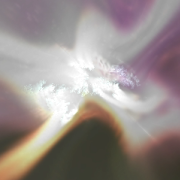