We were inspired by the limitless potential of augmented and virtual reality in the social media arena. Pokemon Go already showed that shared virtual spaces have the power to make people come together in social settings like never before. We wanted to take that to the next level, and make an app that directly allows users to use augmented reality targeted specifically toward social media!

Rndr allows users to share and view virtual objects in the augmented physical world. In the Rndr environment, the world becomes one big social media post! Users can combine text and images to create objects that share thoughts, humor, a personal rant, a sentimental moment that may be attached to a place or object, or anything they can imagine. The user can then open their camera view on their iPhone and select a physical object onto which the post will be attached! Other users can browse around their physical environment in their Rndr'ed world and see 3D icons indicating the presence of a virtual post, and then select to view them! (To be implemented later, "Like" button. Didn't have time /:) Users can see trending virtual posts around them to encourage them to get out and explore, because the only way to see Rndr posts is by getting there!

The main platform is iOS, using a combination of Swift and Objective-C, running various API's, such as Google Maps, Vuforia, and Unity. For speed we used Firebase backend as a service, which also hosts our static files such as images. To abstract all the different databases and data models we needed to update on a single request, we created a Node.js restful API, that sits in Heroku. For the visual recognition, we used a visual recognition cloud platform hosted in Azure. We needed a databases of targets, and the only library that we could use to interact with this database was written in Python, so we also developed a Flask restful API to communicate outside of Firebase.

Making user defined AR targets through Vuforia proved to be challenging, and was the main reason of our using Unity. Integrating Vuforia with Swift 3.0 also proved to be very challenging, as the SDK is Objective-C based, and required the use of bridge headers and a lot of linker error debugging.

Integrating so many technologies and having them play nicely together is something we are pretty proud of, especially considering most of them were new to us. This hack required so many levels of integration, especially because of the relatively young developer community around AR, which basically meant using a lot of non-battle-tested technologies and tools. We also area very proud of the idea itself, as we feel that it has the potential to connect people in a really profound way. We're most proud, though, that we never gave up, despite the almost constant barrage of deployment issues and build issues.

Tons of new technologies, how cool it is to work with AR, and how to code on 1 hour of sleep.

What's next for Rndr

We're committed to refining this idea, implementing tons of more features, and releasing to both mobile app stores in the near future. We would love to turn this idea into a startup! 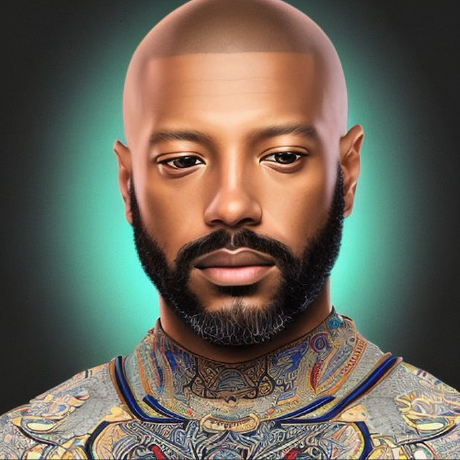