We seek to encourage quality news in an unregulated market.

Right now, nothing is regulating the news market. We hope to create some fair guidelines for news reporting services to follow, allow news reporting services to sign up for our stamp of approval, and provide tools for news reporters to use to create trusted news through our app. This was inspired by the business model of Fair Trade Certified, which provides a stamp to businesses' products that follow their standards: being humane to their workers, using eco friendly supply chain, etc., but instead we have them follow our standards: citing sources, using well backed studies, etc. Just like FTC, we cannot guarantee people will not game the system, but we can give our consumers a feeling of the likeliness of truth based on our metrics and standards when they see our brand on a news article site.

The App: Allows news reporters to apply for a brand. -Uses Docusign to create a unique stamp and store the record of verification on NEAR's blockchain.

The Brand:
Attracts more traffic to site from quality seeking readers From seeing our brand on the page, the readers instantly know that the article follows our standards. Empowers independent journalists, and anyone who can write good quality articles.

The Business Model: We take a small cut of the ad revenue per article. Given that one of the reasons fake news is such a huge problem is the lack of good tools to monitor it, we don't want to add to the problem. So we will provide a free version of all our tools, and make them open source so developers who believe in our cause can help make them better.

Integration of Yubikey Webauthn, connecting to Near, trying to build all parts of this system at once, coordinating 4 developers building across the system in 15 hours.

Deploying the app, getting a lot of the parts functional

How to use Yubikey with Webauthn, flask, Agora channels and stream things, Bootstrap styling.

What's next for True Neutral

Visualizing the data on the front end. Integration

(CNN) — Greener fuels, electric engines and more efficient aircraft are all being touted as ways to reduce the environmental harm of flying, but a new study suggests one simple move could help existing flights drastically cut their impact.

By changing the flying altitude by just couple of thousand feet on fewer than 2% of all scheduled flights, a study by a team of scientists at Imperial College London concludes that the damage to the climate caused by one consequence of aviation could be reduced by as much as 59%.

It's all about eradicating airplane contrails -- those white streaks you see criss-crossing the skies after an airplane has passed overhead.

Contrails, says NASA, are "a type of ice cloud formed by aircraft as water vapor condenses around small dust particles, which provide the vapor with sufficient energy to freeze."

These cloud-like formations can have a cooling effect, acting to reflect sunlight that would otherwise heat the Earth. Contrails can also block outgoing heat from escaping the earth -- essentially acting like a blanket, trapping heat.

In November 2019, a study by a group of MIT scientists concluded contrails account for 14% of climate and air quality damages per unit aviation fuel burn.

The big difference between C02 emissions produced by an aircraft and contrails, however, is that contrails don't last very long, a maximum of about 18 hours.

"So if we were to stop producing contrails, the effect of contrails would go away the next day," says Marc Stettler, who worked on the new study. "It's a way that the aviation industry can really quickly address its impact on climate change."

Flying an airplane higher or lower could help get rid of contrails because they only form in thinner areas of atmosphere, with high humidity -- so it's theoretically possible to avoid them and reap the eco-benefits.

"What we show is that you can make these minor modifications to the altitude of a flight, and avoid that flight from forming a contrail," Stettler tells CNN Travel.

Stettler and his colleagues experimented with computer simulations to come to their conclusion: using data available on aircraft flying in Japanese airspace, the scientists tested what would happen if aircraft flew higher or lower than their current flight paths.

Diverging from the flight path does lead to an increase in fuel consumption, but the researchers say it's less than a 0.1% rise -- and the subsequent depletion in contrails offsets the extra C02 released.

The most eco-friendly airlines, according to Atmosfair

Andrew Heymsfield, senior scientist at the National Center for Atmospheric Research, tells CNN Travel that the findings make sense, but questions how they could be employed in everyday aviation scenarios.

"The question is, how would they find out what those altitudes are [that] would be less amenable to the development of contrail?" says Heymsfield.

The airplane would have to use instruments that remotely sense humidity, he suggests.

"Those would have to be developed and deployed on an aircraft, so that a 3D depiction of those altitudes could be developed from aircraft which collect those data and then transmit it down to the ground," says Heymsfield.

"Otherwise, I don't know how aircraft air controllers would know where to allow the aircraft to fly."

As Heymsfield points out, aircraft cannot fly anywhere, they have to stick to a specific path.

While the change, if adopted, would have lead to some reduction in emissions, it's unlikely to assuage climate campaigners who want the aviation sector to drastically reduce its carbon footprint. Air travel currently contributes to between 2-3% of all global CO2 emissions and this would remain an issue even if airplanes were flying at different altitudes.

Stettler says his team are in discussion with aviation authorities about how their research might work practically.

"We are in the process of having discussions with air traffic management service providers, who are responsible for planning with airlines flight trajectories," says Stettler.

"It's very, very early days, but we're we're wanting to understand how that process works and how such a strategy can be implemented. We think it's something that the aviation industry needs to take seriously."

Editor's note: This story has been amended to clarify that the 59% reduction refers only to the environmental damage caused specifically by contrails.

CONCLUSION: Since the author field is null, this article is not reliable, although the source is CNN.com and the date published is February 14, 2020. 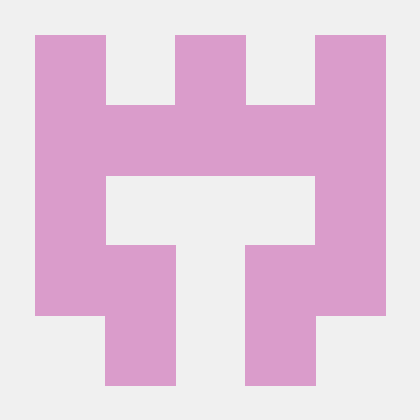