We were inspired by the game Rhythm Heaven for the Wii, in which players are instructed to strike the WiiMote in specific rhythms based on the song playing. We originally planned to code the iOS app in Swift and integrate the application with the Myo hardware. We learned that the Myo hardware was unavailable halfway through development and decided to simply make a plain iOS game as we were already far into development. We also made the switch from Swift to Objective C earlier on as none of us had Swift experience and the unfamiliar syntax became too difficult and time consuming.

A basic beat plays throughout the game. The user is instructed to either slap (swipe the screen), double slap (swipe the screen twice with an offbeat), triple slap (swipe the screen three times with the third being a swipe up), or head bash (swipe downward). The slap victim's name is Bob. The game registers every swipe as a left, right, up, or down swipe. Bob reacts differently to each slap and the user gets points for using the right slap on beat. There is a high score system and a combo system as well as a health bar. If the player misses too many slaps, Bob gets bored and dies and the game ends.

We planned to appeal to a broad audience by creating a simple game with a unique twist in its use of Myo. Despite the project’s shortcomings, we are most proud of the general look and feel of the project and its design. 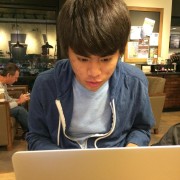