We conducted thought experiment that lasted for two days. We some kind of invented a meta game.

How do you think, what would be the end of humanity? We thought of one of possibilities. For the last two days we dove into the world similar to Aldous Huxley' or George Orwell's worlds.

A colony of people tries to survive on foreign planet far far away from the Earth. Biological diversity guaranteed by genetic material brought from home planet. The offspring is healthy and ready to bring new generations.

But. Very narrow cultural environment, limited circles of communication and uniformity of education and opinions of the people around entail to serious social problems. People don't want to develop themselves. Crime is rising. Psychological problems appear. Culture does not progress. A lot of evolution mechanisms stopped.

Meta game offers to dive to the problems of brave new world and to save humanity. All you need to do -- is to resurrect the evolution.

We focused on one of the tools which can help to restore diversity in human languages.

To achieve this, we created a generator of self-sufficient languages. Resettled groups of people should speak different languages.

Working prototype from the scratch.

How to languages may be constructed and how Natural Language Tool Kits works.

What's next for Resurrect the Evolution

Awaiting for apocalypse and get generous monetization offers right after that. 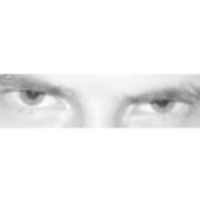