With the presidential election coming this month, one important issue on our minds was the troubling trend of absentee voters. 58% of Americans didn't vote in the last presidential election, meaning 184,962,000 citizens of our representative democracy felt that their vote wouldn't matter, were unable to vote because of somewhat stringent standards like requiring a photo ID, or were simply too apathetic to bother.

None of these outcomes are healthy for the world's largest democracy. If the majority of our citizens don't vote for their representatives and are not educated about today's political issues, we cannot have true democracy or meaningful political change.

This issue is vital both for education and economic equality, which cannot truly come without social equality and political transparency. Our goal is to improve every users' political efficacy, meaning their belief that they can understand and therefore participate in politics, and that their actions have real impact on politics in America.

Our web app aims to remedy this problem, using data visualization to incentivize users to inform themselves about the pressing issues that will be decided in this month's elections. To demonstrate, we highlighted one particular issue: whether to raise America's minimum wage.

We created beautiful and dynamic data graphics to intuitively communicate a lot of complex economic information. Our users can simulate changing this policy and observe the economic and social effects. After they select a certain policy, we present clear, unbiased political data about which candidate most closely matches their opinion.

We started out using meteor.js which none of us knew and after a few hours of fighting an uphill battle we decided to ditch it. The way it links packages and libraries was foreign to us and greatly slowed down development

How to visualize data using d3, how to use AngularJS, how to best organize a webpage, how to iterate on a design with the team, how to know when to cut your losses

What's next for resonate

After circulating this current version of our web app among our target age group (American voters younger than 25), we will iterate on the design and features to better provide our users the information about the issues that interest them 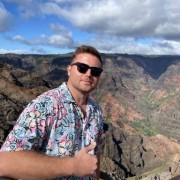