The CAA & the NRC were a set of controversial government Acts that were passed by the Government of India that imposed restrictions on citizenship grants on immigrants from some select countries. Following their approval, protests took place all over the country. The primary means of exposure to the general public was more due to online networks than traditional media where people could directly state their views and opinions to reach their online following. But Instagram and Reddit can only go so far in organising events of such magnitude and thus, the need for a dedicated platform aimed at solving this niche problem of social justice outreach became evident. We recognized this as a growing market of young people wanting a change.

Generation Z has shown itself to be one of the most empathetic generations this world has ever seen and this movement of social justice has opened up opportunities for a platform like Revolve to support this passion and bring a change at a whole new level.

Revolve is dedicated web platform that empowers people to create new events which are visible on a global wall. This wall displays all the events that have been created by other organizers that the user can pick and choose from. Each event would contain a description, a Google Maps display of the venue for a physical meet up, the date and time, and a dedicated forum section along with a list of all the other users that took part in said event.

After speaking to CAA / NRC and Pride activists in India, we realized the lack of a centralized platform for organising their events. Communication and outreach were difficult for these groups due to a lack of dedicated means which furthered the ambiguity in their mission statements among their followers. We learned about the chaotic situations that occur when organising such events and brainstormed solutions to tackle such problems.

Having little experience in UI development, we collectively learned Javascript and helped each other in the coding process. This was also our first time working together as a team which was also a fun collaboration.

We utilized Python's Django web framework to build the backend and MySQL for the database layer. Most of the frontend was written in Javascript that fed in a JSON API that was created using django-rest-framework. We also used Redis for caching for better performance. Our platform was deployed using Nginx as a reverse proxy and Gunicorn as the HTTP server.

While most of us were proficient in Python, some of us were frontend and graphics developers who had never collaborated together. It was a fun experience working as a team. Other technical challenges we faced were of system design and architecture.

Developing a fully functioning forum allowing users to discuss and share opinions with their equally passionate fellow enthusiasts. Creating a feed for showing all upcoming events that people can sign up for - a similar interface to change.org.

What's next for Revolve

For futher outreach of our platform, we're in the process of building dedicated Android and iOS apps using Google's Flutter framework. We also plan on rolling out a set of anonymization features that would protect the privacy of the users.

In the long term, we're also looking at utilizing machine learning to provide better suggestions to our users based on a number of factors such as the content of their comments, their geolocations, the events they've participated in, etc.

Real time chat rooms for different events are also a part of our discussions and may see the light of the day soon. 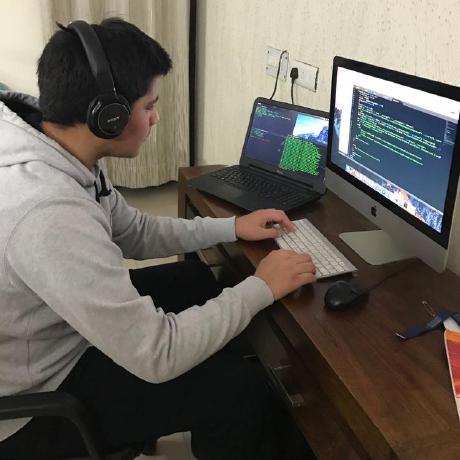