I love designing and developing games, also I have a passion for new tecnology like VR, so I thought in a cooperative game, when I saw a video to deactivate a bomb with a friend and a VR so why not doing a bit more difficult and put them in a maze.

Is the first level of the game you can go collect your captured friends, find the key and exit. You can also fight with some enemies

It was build with unity 5 with the cardboard sdk and test in a BQ Aquarius 5, and the models are original,

Learning how VR works, it's the first time I made one and also the UI how to make a selection, As I'm not a 3D artist but I try that the models where original so I have to create some prototypes of them, also all the art work is kind of difficult for me I'm more a programmer. Organize my time to achieve a playable app.

It's a playable app with a lot of work in it, and I think to be an idiviudal work for three weeks it's complete. It's a cooperative game where one have to think the way with less enemies and the other need to follow really good the instructions

How VR works, the use of the UI is really different from making a normal game.

What's next for Rescue and Escape

Adding more levels, and enemies Add the maps in a multiplayer app so the friend helping you can track your move Add more items in the map to get better instructions Add more weapons Find a 3D modeler, animator to improve the models and animations 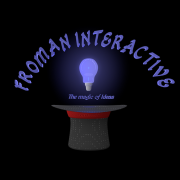