It plots a new running routes on a HERE map using waypoints generates from 4 route algorithms. These waypoints are then joined to create a route, which is then evaluted with various parameters, such as taking into account the gradient along the route and the weather conditions to determine how difficult that route is. In this way, the runner has a larger choice of running routes, especially if they go to a previously unknown location.

We built it using the here.com API, node.js, Javascript, html 5, the google-cloud platform and domain.com . The here.com API dictated which languages we used, and ultimately the platform we chose to use for our final result. When we got the API to work, we used our own algorithms to randomly generate waypoints along a route and then link them using the here.com maps API. Once our program was integrated into our website, we programmed a number of basic boxes to allow some of the parameters to be controlled.

Only one member of our team had previously used Javascript or node.js. As a result, 2 members of the team quit early on, leaving only 2 of us to do the project. We also found the here.com API difficult at times to access, and as a result became frustrated quickly. However, we made a breakthrough at around 1 in the morning and continually built upon successes since then

We have a functional web-based program which does a large section of what we wanted to achieve going in. We made a great comeback after midnight on the first night, where we couldn't get the API to display a map, let alone to do any of the functions we wanted it to do.

A lot can change in a few hours if you stick with it. We also became more proficient in Javascript and associated programming, and gained an appreciation of just how much work is to be done in a full program

What's next for ReRun

We want to expand the capabilities of our program. At the moment it takes in a wide variety of factors including gradient and real-time weather. We want to include weather forecasting in the mapped area so as to warn runners of substantial weather changes during their run. We also want to improve our difficulty calculating algorithms and be able to add significant landmarks to routes. As well as this, it is feasible to adapt the program to a cycling demographic. We would also want to move the program to become app based so as to take full advantage of features such as GPS. 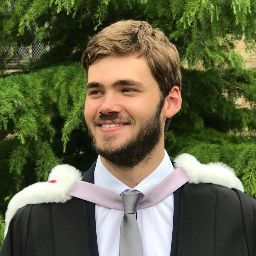