The inspiration was in start the viewpoints and the accent of the sicilian developer Angelo Agatino from Danske Bank. He has especially talked a lot about IOT Technology! and Microservices where from we get a lot of our main design principles.

It makes it possible to play together with other from a long distance and makes it easy to build further tools or games using the platform.

We setup a Joystick which is connected to a Arduino that has a serial-port open to a computer. The computer then has a Node-JS script running which listens on the port and sends the data on to a .NET API using Websockets. The API then processes the raw data for making basic user-instruction objects. A frontend then calls the API via another Websocket and uses the instructions to move a player and for our specific example-game move two dots around a screen.

Websockets were not supported on AWS. The first Arduino we had, the Spark Core, took a long to flash for each update which made the continues development slow.

Setting up the webockets since we had never tried this before. 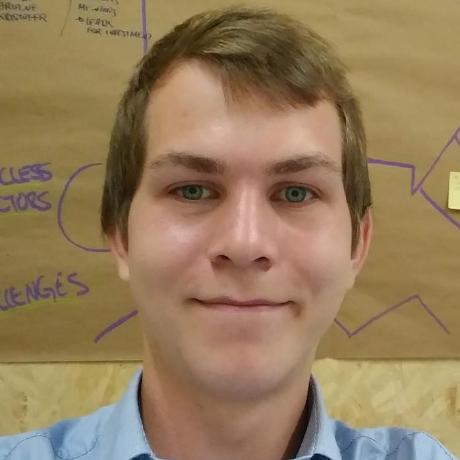